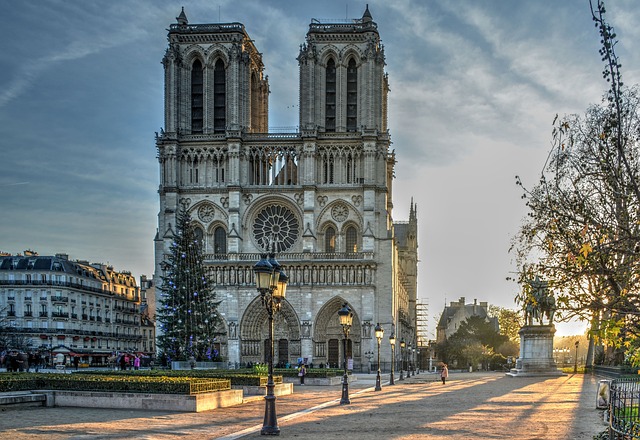 French prosecutors have ruled out any criminal intent into the devastating fire that nearly destroyed Notre Dame Cathedral this past spring and now say that a badly stubbed-out cigarette or an electrical fault are likely to have started the blaze.

The Daily Mail is reporting on the continuing search for an answer about what caused the fire that raged for nine hours on April 15 and destroyed the iconic steeple and roof of the 13th century building. A new investigation into the possibility of negligence will now look into whether “a malfunctioning of the electrical system or a fire which started with a badly stubbed-out cigarette” might be to blame.

Within days of the inferno, detectives interviewed specialist restorers who were working on the roof of the Cathedral which led to numerous confessions about workers smoking on the job in spite of a strict ban.

A spokesman for the scaffolding company, Le Bras Freres, which was involved in the scaffolding work, admitted in the days following the fire that workers smoked on the site from time to time.

“We regret it,” the spokesman said, then added: “In no way could a cigarette butt be the cause of the fire at Notre Dame.”

The fact that people were smoking at the site was confirmed by seven discarded cigarette butts found on the scene by police.

“Forensics experts also told those leading the criminal inquiry that a discarded cigarette could have started carbonizing tinder-dry wood without anyone noticing,” the Mail reports.

“If certain failings, which may explain the scale of the fire, have been brought to light, the investigations carried out to this date have not yet been able to determine the causes of the fire,” said Paris prosecutor Remy Heitz in a statement. “Deeper investigations, using significant expertise, will now be undertaken.”

The new investigation will look for “involuntary degradation by fire through manifestly deliberate violation” of security rules. Three judges will head the probe.

The statement emphasized that the investigation had still not clarified the actual cause of the fire and preliminary conclusions are based on interviews with some 100 witnesses.

Notre Dame has been closed for the foreseeable future.