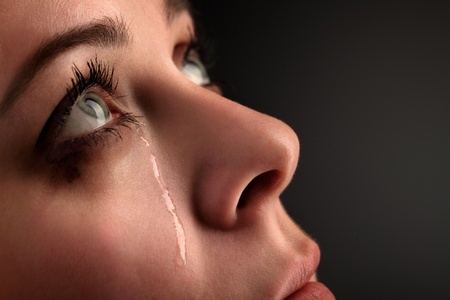 Women who have lost their babies to miscarriage have taken offense to a comment made by Justice Ruth Bader Ginsburg in a recent ruling on Indiana’s abortion laws that women who lose their child to abortion are not mothers. What about those who lose their child to miscarriage? The following heartbreaking testimony, from Priests for Life youth director, Bryan Kemper, describes just how wrong Ginsburg is in her assessment of when motherhood begins.

When I read the words of Supreme Court Justice Ruth Bader Ginsburg I was heartbroken not only for myself but for all parents who have lost a child to miscarriage. She is lifted as a champion of women but with one sentence she put a dagger in the back of all women.

Without even getting into the fact that there is no constitutional right to abortion in the first place I want to address the painful and hurtful words she just entered into history.

On the morning of February 23, 2011 I awoke to the scream of my wife coming from the bathroom down the hall. I jumped out of bed and ran to her, finding her standing next to the toilet bleeding. In tears she pointed to the toilet where the body of my son (approximately 12 weeks into his development) was floating.

I stood in shock for a moment as we did not even know we were pregnant; the test we took weeks earlier came up negative. Then I noticed my wife was not steady and she was bleeding badly. I wrapped a towel around her to stop the bleeding and scooped my son’s body out of the toilet. I then loaded my wife into the van, as I knew driving her to the hospital would be faster than waiting for an ambulance.

When we arrived in the emergency room the attending doctor immediately called for a specialist, as he could not stop the bleeding; there was blood literally on the walls and floor. As the specialist came into the room he looked up and said, “Oh my God; is that her blood pressure?” My heart stopped. I have to say that was the scariest moment of my entire life as I thought for a moment I might lose my wife.

The doctor was able to stop the bleeding and my wife was stabilized. The doctor pointed to the container holding our son and said he would “take care of that.” I told him, “No, we are going to have a funeral.”

My family visits Benjamin’s gravesite regularly; we go to mourn the loss of one of our family members, not the loss of a pregnancy. Even if we had not had any other children we would still be parents.

It is necessary for the abortion industry to propagate lies like the one told by Justice Ginsburg in order to justify taking the life of innocent human children by abortion. They must continue this narrative in order to try and convince society that the act of terminating the life of a living human person is really just terminating a pregnancy.

Abortion is more and more being exposed as one of the most anti-women evils in history so they must go as far as even denying a pregnant woman is a mother. True feminists are rising up to declare that their equality cannot and will not be bought with the blood of their children. In fact it further strips away equality and the rights of every woman who is killed at the hands of an abortionist, both mother and child.

On behalf of all mothers and fathers who grieve the loss of their child to miscarriage I implore you, Justice Ginsburg, to recant those devastating words. You have lost all ability to speak on behalf of women as you put a dagger in their backs and denied their motherhood.

This article is reprinted here with the kind permission of Priests for Life.