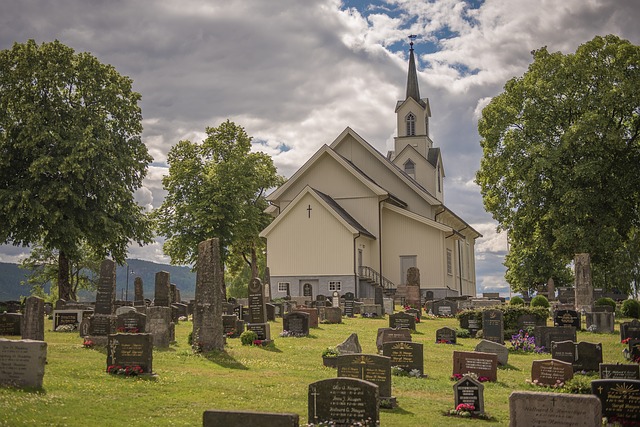 Thanks to a new bill that was just signed into law by Washington Gov. Jay Inslee, there are now three options to choose from when determining what will be done with our human remains – burial, cremation, or to become a couple wheel-barrels full of compost. It might sound eco-friendly to some, but how does it line up with Church teaching on the proper treatment of the dead?

The Seattle Times is reporting on the signing of SB 5001, “concerning human remains,” which will allow the bodies of the deceased to undergo a process dubbed “liquid cremation” or “natural organic reduction.” The process, which takes about four weeks, uses wood chips, straw and other materials similar to the “livestock composting” methods used by ranchers and farmers to turn the bodies of dead livestock into nurtient rich soil.

Lynne Carpenter-Boggs, a soil scientist at Washington State University, told the Times that the practice “can turn a 1,500-pound steer — bones and all — into clean, odorless soil in a matter of months.” Our loved ones can be turned into compost in far less time.

Until now, burial or cremation were the only legal means of disposing the bodies of the dead, but there has been a growing movement among environmentalists to come up with a more earth-friendly way of doing so that doesn’t involve embalming, caskets, or headstones. As we reported last month, this is known as the “death positive movement” and it’s all about making the subject of death and burial more palatable to a “death phobic culture.”

One of the proponents of this movement is Katrina Spade, who calls herself an Eco-Death Revolutionary, wants to create this new more eco-friendly burial method and has been working toward that end for several years. Calling her ideas the “Urban Death Project”, she was behind the movement to pass the Washington bill and has assembled a team of scientists, attorneys, death-care professionals and volunteer advisers to form a small-business model known as “Recompose.”

In 2018, Carpenter-Boggs managed a pilot program using the remains of six terminally ill people who agreed to donate their bodies to the research. She said that the result was “clean, rich, odorless soil that passed all federal and state safety guidelines for potentially hazardous pathogens and pollutants, such as metals,” the Times reports.

For those who choose this method, the bodies of the dead are simply buried in the ground, with no headstones or markers, in dedicated “green spaces” that can be used for public trails, spiritual practices, and other activities.

If this all sounds a little irreverent, that’s probably because this kind of burial does not recognize the human body as being a temple of the Holy Spirit that should be treated as sacred.

Speaking at a press conference that preceded release of the Instruction, Cardinal Gerhard Muller, who was prefect of the Congregation of the Doctrine of the Faith at the time, pointed out the vast difference between allowing for the natural decay of the body while protecting the environment, and seeing the body of the deceased be reduced to mere fertilizer for plants and trees.

“Belief in the resurrection of the flesh is fundamental. A human cadaver is not trash” and an anonymous burial or scattering of ashes “is not compatible with the Christian faith. The name, the person, the concrete identity of the person” is important because God created each individual and calls each individual to himself.

Our souls, our bodies, even our names, are sacred in God’s eyes, which raises grave concerns about the practice of human composting

Thankfully, the Washington bill does not make human composting mandatory (at least not yet) so it will be left up to the individual to decide how they wish their body to be treated after death.