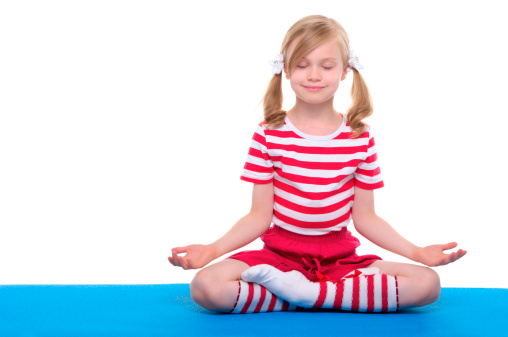 More than 82,000 American people have signed on to a petition demanding that public schools in the United States stop forcing Buddhist meditation practices such as mindfulness on students in violation of their religious liberty.

According to the American Center for Law and Justice (ACLJ), public schools in several states have been incorporating Buddhist meditation practices into the classroom and offering little, if any, options to not be involved.

“Indoctrinating young kids in public schools with Buddhist meditation is outright unconstitutional,” the petition reads. “Some students are required to participate in as many as three meditation sessions each school day. If they refuse, kids are forced to sit outside the classroom, like a punishment.”

For example, in a case that the ACLJ is pursuing in Colorado, one of the mindfulness programs being used is called Inner Explorer, which coaches students through several Buddhist principles, including the practice of Prajna which is aimed at fostering discernment, insight, wisdom and enlightenment, which is the core of Buddhism.

Children are taught that “Each time you pay attention as you breathe in and out, your thoughts pass, you can start to feel calmer and maybe even clearer, learning more about your inner world and becoming aware slowly of what is underneath all your thoughts. Noticing parts of you may be hidden beneath all those thoughts . . . Your goodness, maybe even your magnificence. It’s all there. Being inward can help you be the best you.”

As the ACLJ explains, Inner Explorer is also centered around the Buddhist principle of Bhava-chakra, or the realms of reincarnation within the universe. The idea of connecting to the universe is explained as a way for children to feel love and peace within themselves:

“Buddhist principles like these are threaded throughout all of the Inner Explorer audio guides,” writes Christina Stierhoff, Associate Counsel with the ACLJ.

“By allowing inherently religious programs, like Inner Explorer, into the classroom, public schools are promoting a religion in violation of the Establishment Clause of the Constitution. Parents need to be assured that they can trust public school systems to properly educate their children, not indoctrinate them.”

In this recent update on the Colorado case, the ACLJ warns parents: “Whether the school uses Inner Explorer, MindUp, or some other form of mindfulness curriculum, the program is inherently religious. From the initial creation to the current application, Buddhist thoughts and beliefs permeate these programs. However, creators of mindfulness school programs and teachers of Mindfulness-Based Stress Reduction (MBSR), the basis for Inner Explorer and other programs, have attempted to hide the Buddhist practices by ‘secularizing’ them.”

This deliberate deception is as alarming as it is disturbing, especially to Buddhists because deception is contrary to their ethics. As Stierhoff writes, they are particularly concerned that this kind of stealth Buddhism will cause “wrong mindfulness” practices because they are being taught only as meditation techniques and without an adequate understanding of the ethical action. Some even worry that it will harm people’s health.

For those who say they are using a “secular” version, the Dalai Lama’s translator, Thupten Jinpa Langri, contests the idea that this can ever be done, stating that mindfulness is “the essence of Buddhism, therefore it’s a Buddhist practice” that cannot be separated from its religion.

Thankfully, the ACLJ intends to do something about this.

“The ACLJ will not stand for education programs that infringe upon the constitutional rights of students through the endorsement of Buddhist religious practices. We will keep you updated on our work within Colorado as the case progresses.”

My book, A Catholic Guide to Mindfulness, not only explains the deception upon which the current mindfulness craze is based, it also explains why the philosophies of Buddhism and Catholicism don’t mix!