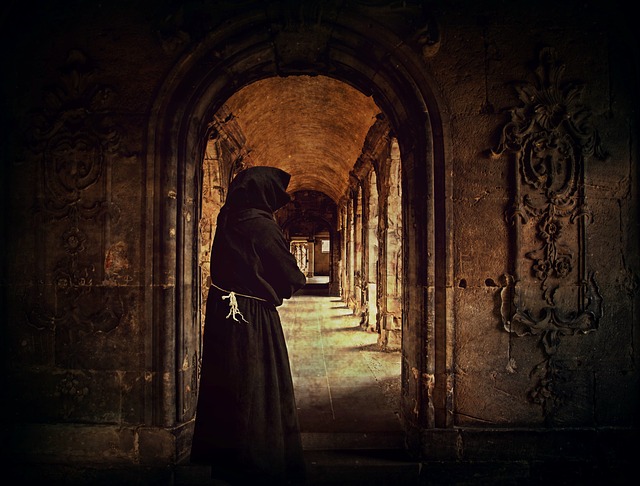 JR writes: “Do you have any information on a Friar Elias of the Grace Mercy Order who is claiming to receive messages or “transmissions” from Our Lady? It seems there is no oversight of a superior, there is no investigation … nothing. He is all over YouTube.”

For those who have never heard of this monk, Father Elias del Sagrado Corazón of the Grace Mercy Order claims to be receiving messages from Our Lady since 2011 and from Our Lord since 2013. A consecrated nun in the same order, Sister Lucia de Jesus, is also claiming to receive messages from St. Joseph.

However, this is not a Roman Catholic order. According to the website, the Grace Mercy Order is “An autonomous Christian and ecumenical religious organization, without formal ties to any institutionalized religion. It proposes a monastic life through the consecrated life, based on the teachings of Christ.”

Founded in 2009, “the Order seeks to offer itself unconditionally as an instrument of the Divine Work in communion with all human beings and the Kingdoms of Nature. It is a proposal of fraternal and community life, consecrated to peace, prayer, good and selfless service.”

It claims to be formed to “live the Christic Universal Love, the Grace and the Mercy of God. It dedicates itself especially to assist the American people through a fraternal and communitarian life, in consecration to peace, to prayer, to the common good, and to selfless service.”

The messages which Father Elias receives, which are allegedly from Our Lady are unremarkable and deal with “very critical situations” experienced on the planet. She is supposedly transmitting messages on a regular basis, along with Our Lord and St. Joseph. According to the website, St. Joseph announced a “special grace” on May 9, 2014, in which he promised to respond to questions sent to him by his children in letters. These questions and answers are featured on the site.

The group actively promotes these messages around the world and forms prayer groups to “instruct them in an ecumenical and universal form of prayer.” They do so through an organization known as the Association Mary, Mother of the Divine Conception, which was founded in 2012, allegedly at the behest of Our Lady. The group has four Marian Centers located in Brazil, Argentina and Uruguay.

The group also runs a television station known Misericordia María TV (Mercy Mary TV) which the Virgin Mary supposedly requested herself during an apparition in 2013.

“This project, which is not a terrestrial project, but rather a spiritual one, will attempt to reach the heart of households in a fraternal, orderly and peaceful way, because the purpose of Mercy Mary TV will be to open the doors to all souls, so that they may hear My Message and the Message of My Son Jesus.”

Needless to say, Catholics should steer clear of this organization and its alleged messages.