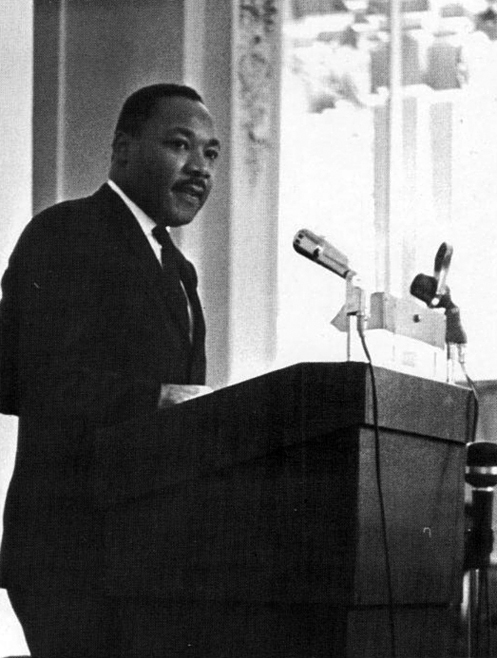 Martin Luther King has passed from this earth but the difference he made will always be remembered. King saw a wrong and made it his life’s work to make it right. He set his footprints down in a path toward equal rights for all. King had a dream and a living hope that sailed him toward making that dream become a reality. The gift of an unshakable faith in our great God shined through King as he shed light upon the darkness of prejudice! He showed this country how one small person, with his heart set on God, can make a big difference. He paved the way.

Others would follow in his footsteps, making their mark to fight peacefully for freedom. In order to eliminate prejudice it takes many people working toward a united purpose. It also takes people with a living faith who have put their trust in a powerful God. He alone can change hearts. What is on the inside of your heart?

I will never forget the first time I heard the words sung, “Let there be peace on earth and let it begin with me.” I was watching a game show called “Queen for a Day!” To close out the show, a choir came on and sang those words. I wept. I too began to sing along even though I did not know the words. My heart’s cry was that those words would become a reality. God heard the cry of my heart.

In those days, prejudice was an unfamiliar word to me; I had never experienced it, at least firsthand. I was young and naive. Despite my ignorance, God set my feet on a firm path although, at the time, I was unaware of the work He was knitting in my soul.

Matured and life experiences taught me that people are prejudiced about more things than just race. Nationality, income, education, and even outward appearance were added to the list of prejudices in one’s heart. Prejudice is sometimes hidden so deeply that even the person carrying it around has no idea it is there. It is masked by a fake smile or an avoidance of those one is prejudiced toward. I was both saddened and appalled at my discovery. My Christian brethren, there is much work to be done. May the words from the song, “Let it begin with me!” become our theme song.

My son Tyler, a philosopher, taught me that, “Different is not always bad, different is sometimes better.”

Tyler’s words have proven true time and time again. If I just get to know a person rather than go with my first impression, my opinion changes. Consider this: be a friend to one who is not your nationality, faith, or race and it will expand not only your heart but also your horizon. I have found that I can learn something from everybody if I but listen. This is a step toward peace on earth and good will toward men.

If we look deeply in our hearts we will discover that the prejudices we hold on the inside are often spoken of our mouth and affect the way we respond to people. Man looks on the outward appearance, but God looks on the heart!

As I sing the words of my little song, “Let there be peace on earth and let it begin with me,” I still weep. It is because everyone is not singing with me. Some know the words but choose not to harmonize. Others refuse to learn the lyrics. Many make up their own words, then sing those words to the beat of their own drum. Are you singing the song with me? Together we can teach the world to sing with us. Search your heart. Being prejudice is wrong but being blind to prejudice is just as wrong.

Martin Luther King set the example of what one person can do to make a difference. Now it is our turn to follow in his footsteps.

I challenge you to take the time to prayerfully discern what prejudice is in your heart. Ask the Lord to help you uncover all hidden attitudes and preconceived notions. Ask Him to fill your heart with His love. Guard your heart and guard your tongue. 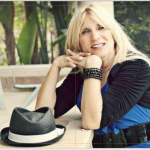 Ellen Mongan is a Catholic writer, speaker and the host of WOW Radio Podcasts. She is married to Deacon Patrick Mongan, M.D., and they have seven children, one baby in heaven, and thirteen grandchildren.