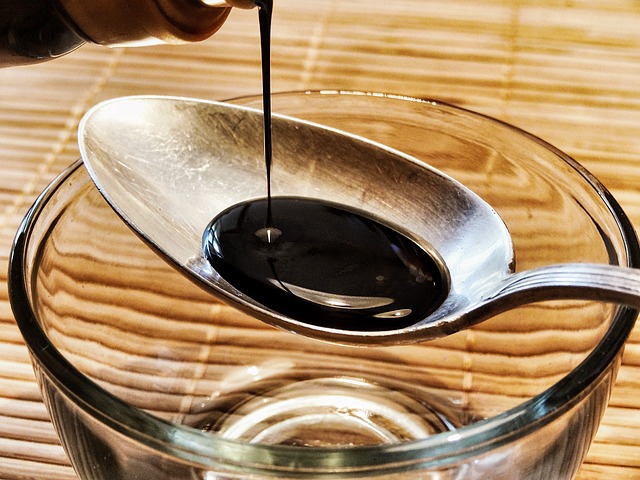 According to FoxNews.com, the story of the 39-year-old woman was reported on the medical YouTube channel known as Cubbyemu earlier last month. Known only as CG, the woman had performed a “soy sauce colon cleanse” which involves drinking a liter of soy sauce within two hours.

Unfortunately, the woman was already in poor condition, having lost 24 pounds in the past three weeks and had started a white bread and canned fish-only diet six months ago.

In addition, she had recently been released from a psychiatric hospital for what was believed to be paranoid schizophrenia. Apparently, she had the paranoid belief that the government had poisoned her and was in the process of searching the Web for ways to rid her body of the poisons when she came across the soy sauce cleanse.

Shortly after she drank the salt-laden sauce, a U.S. doctor named Bernard, who runs Chubbyemu, reported that her heart started racing.

“She resisted all urges to drink any water. Over the next 30 minutes, while driving home, CG stopped on the side of the road and began to cry,” he said.

When she got home, she collapsed. She was rushed to the hospital but went into cardiac arrest before being resuscitated. Suffering from acute hypernatremia, which is caused by extremely high levels of salt in the blood, doctors immediately infused glucose-laden water into her body which was quickly absorbed by her cells and diluted her blood. After the treatment, she began to stabilize but continued to drift in and out of consciousness for the next four days.

When she finally opened her eyes, she was exhibiting dysarthria, dysphagia, and quadriplegia, meaning she was unable to move, swallow or speak. She was diagnosed with central pontine myelinolysis, a form of damaged nerve cells.

Bernard believes that a microscopic examination of CG’s cells showed signs of celiac disease and argues that this undiagnosed gluten sensitivity may have been what made her delusional. This may have allowed her to fall for the outrageous soy sauce cleanse and the misinformation about it that can be found on the internet.

For example, promoters say the sauce cleanses a person’s colon because the high salt content will draw out the toxins.

“CG was told the soy sauce would stay in her colon,” Bernard explained. “Toxin-filled water would then flow in and she’d be cleansed, but that’s not how it happens.”

He said the soy sauce brought huge amounts of salt into her stomach, which began sucking water from her muscles and organs. The salt soon reached her brain, causing shrinkage, which can cause permanent brain damage.

“One of the roles of sodium is to regulate fluid balance in and around cells,” says Cynthia Sass, Health contributing nutrition editor. “When so much sodium is ingested so quickly, it completely throws off that balance, which in the case of brain cells can result in severe damage and dysfunction.”

Some health fads may be ineffective but essentially harmless, but others can be truly dangerous, Sass says, which is why she recommends that a person consult an unbiased health professional for advice before embarking on a fad.

“Also, listen to your gut instinct,” Sass added. “If something seems extreme, way out of the norm, or sounds like it will be unpleasant or make you feel unwell, it probably will.”