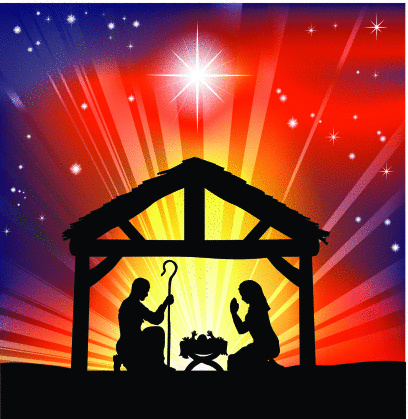 The “Christmas wars” are being fought – and won – all over the world these days. The latest victory occurred in a shopping mall in Scotland where the faithful convinced the owners to overturn their ban on allowing a Nativity scene in their Christmas display.

The Scotsman is reporting on the dust-up which occurred at the Thistles Centre in Stirling, Scotland, which is about 40 miles outside of Edinburgh. It began with an application by Margaret Patterson of the local Legion of Mary asking for permission to stage a crib scene in the mall. The owners refused, saying that it “prides itself on being religious and politically neutral.”

That didn’t go over so well with the Christian public, including the Catholic Archdiocese of St. Andrews & Edinburgh who said they thought the move was “a little Grinch-like” and asked the mall to reconsider their decision “in the true spirit of Christmas.”

A spokeswoman from the Church of Scotland expressed similar disappointment: “We find it very disappointing that the true meaning of Christmas has been completely lost here. When a shopping center can focus purely on commercialism to the exclusion of the reason for the celebration of Christmas it is a sad day for all of us.”

But nothing seemed to move mall management. They even refused a local lawmaker, saying that they “will not be willing to reconsider the application any further and hope that this final decision is accepted.”

It wasn’t. The Scottish Sun decided to step in and staged a live nativity scene on the sidewalk outside the mall and reported that “shoppers were blown away by our manger.” Shopper after shopper stopped at the scene to complain about the “scrooges” in charge and to have their pictures taken alongside the nativity.

“Well done to The Scottish Sun!” said David Latham, 71. “It’s good to see someone taking a stance. It’s a stupid decision. It’s short-sighted because Christmas time is for everybody. To say you cannot have a nativity is a shame.”

Kelly Clow, 35, insisted: “I’m not religious but the nativity scene is a big thing to do with Christmas.”

It didn’t take long for all of the negative publicity to convince mall owners that they had made a huge mistake. On Wednesday, December 12, they decided to reverse their decision.

“We’ve listened carefully to everyone who contacted us about the installation and have decided to reverse our original decision,” they said in a statement.

They went on to say that they offered the Legion of Mary an opportunity to host a nativity scene at the center this Sunday and are delighted to report that they have accepted their offer.

The move was welcomed by the Archdiocese of St Andrews & Edinburgh. A spokesperson said: “The management of the Thistles Centre, along with owners Standard Life Investments, are to be commended and congratulated for listening to the general public and responding with such generosity and inclusivity, recognising that contemporary Scotland should be a place that both respects and upholds religious liberty in the public square.”