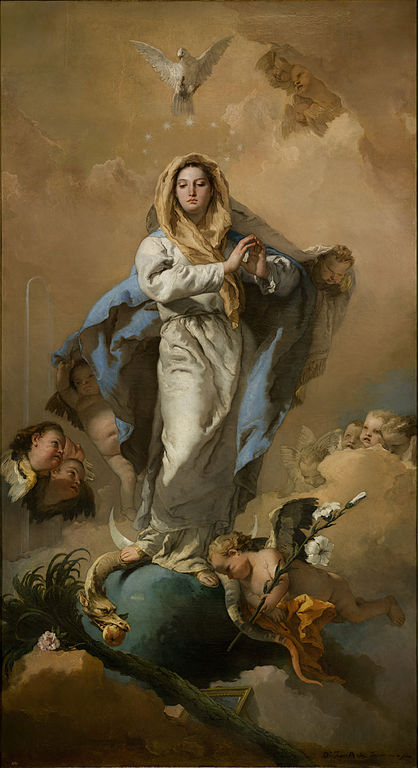 We’ve all heard of the spirit of the anti-Christ, but is there an accompanying spirit of anti-Mary? The current condition of our world tell us a lot about the nature of this spirit – and also why there is so much reason to believe that an Age of Mary has already begun.

In her book, The Marian Option: God’s Solution to a Civilization in Crisis, author Carrie Gress, Ph.D. devotes a whole chapter to discussing the much-understated war that is going on in our Church and culture today that points to a fierce battle being waged by Satan for the soul of women. Gress refers to it as the anti-Mary movement, but what does it look like and how do we spot it in our world today?

“Well, for starters, it would embody Eve’s vice of disobedience and her encouraging Adam to share in her disobedience,” Gress explains. “But such a movement would also, of course, capture the antithesis of Mary. Mary is not only obedient but also deeply receptive to the will of the Father, even when she doesn’t completely understand it. She is meek and says little but holds significant sway. She is also patient, humble persevering in suffering, and fiercely devoted to her Son and her spiritual children.”

As Gress surmises: “This chasm between the woman Mary was/is and the women we have become today shows just how deeply embedded the anti-Mary movement is in our culture.”

It’s true. Mary hardly seems like a role model for the women of today. Women just aren’t like her, many feminists might argue. If we want Mary to be a role model for contemporary women then she must be willing to change, they say.

But let’s not mention this in the public square because we’re living in an age where unless women’s “every whim and fancy are being pushed through legislation or media, we aren’t being treated fairly,” Gress reminds. And any man who disagrees is either sexist or stupid. Women who dare to disagree are seen as betrayers of girl power, the liberation of women, and every (so-called) feminist gain. 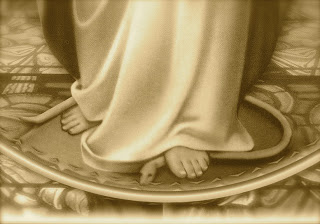 Nothing could be further from the truth! The Church teaches that women are gifted with their own kind of genius that is as necessary to the world as the attributes of men’s’ masculinity. No one is more a champion of “equality” than Jesus Christ.

As we all know, these truths are largely hidden however, which is what allows the spirit of anti-Mary to gain such a foothold in the culture. And nowhere is this battle raging so fiercely as it is in the war on motherhood and all of its attendant virtues, such as the self-giving nature that is so deeply imbedded in the female soul.

“This general attitude of ‘my life for yours’ is what has animated civilizations from the beginning.,” Gress points out. “[Mothers] know they will never see the completion of their own work; a mother never sees the full growth of the seeds she plants, the characters she cultivates, or the souls she helps sanctify, but that doesn’t stop her from doing so.”

But that all changed in the 1960s. No longer were couples having children for the sake of the children, but for themselves, out of a mistaken notion that they had a right to have them – or not to have them through the use of contraception and abortion. What was once “my life for yours” became “your life for mine,” which Gress calls “the true source of what we now know as the ‘culture of death’ that envelopes us today’.”

And just like Eve’s primordial act of disobedience, today’s culture of death also started with women. The Pill and abortion have largely been women’s choices with men playing only a secondary role (with the exception of those who are forced into these practices). Hollywood actresses and female leaders brag about their participation in these practices, both of which have opened up the doors to every kind of sexual license.

“All this is wrapped up neatly in celebrity trimmings, which makes even the vilest characters still appear glamorous, sexy, influential, and rich,” Gress writes.

In this way, Satan gets away with waging his fiercest attacks on women and society by going after the cornerstones of culture – mothers.

“Satan has tempted women in every conceivable way to reject motherhood as a value,” Gress explains. “He goes after the greatest good. Motherhood is one of the greatest goods of any society because of the transformation women can have in men and in raising children.”

This tactic can have drastic results because if men are unable to find living examples of authentic femininity, it will no longer be possible to convey what a proper mother is and how vital she is to our world.

And it also severs our links to the perfect maternity of Mary, “leaving humanity bereft of the concept of motherhood entirely,” Gress writes. 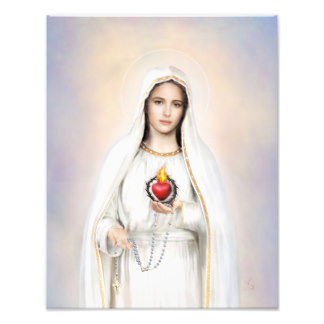 But so is something else – an impending Age of Mary that is already well-underway. The evidence can be found in the significant shifts that have renewed the Church over the past few decades which form a pattern that can be traced back through many similar struggles in the Church.

For example, in the 13th century when the Church was a bastion of wealth, the Lord raised up great saints like St. Francis of Assisi and St. Benedict to combat the sins of those times.

Today, the Lord has responded to the narcissism and deep sexual sin of our times with holy men such as St. John Paul II whose theology of the body is a powerful antidote to rampant sexual sin. St. Theresa of Calcutta’s selfless devotion to the poor, and St. Maximilian Kolbe’s martyrdom for the sake of another, are lives that provide a powerful antidote for the narcissism so prevalent in our culture.

But these aren’t the only signs of a new Marian Age.

Gress sees these five elements on the rise in pockets throughout the world.

For example, according to the “Miracle Hunter” Michael O’Neill, there have been approximately 2500 reported apparitions of Mary in the last few decades. There has also been a resurgence of interest in devotions that have a strong iconic character such as wearing medals and scapulars bearing Mary’s image, which is antidote to the gawdy images of womankind so prevalent in our culture today. Devotion to the Rosary, the angelus and pilgrimages to Marian shrines are also taking place, as is the growing importance of entrusting oneself to Mary in order to grow closer to Jesus.

In addition, just as the Popes did during the great “Marian Century” that stretched from 1850 to 1950 who produced a wealth of documents devoted to Mary, Second Vatican Council documents containing teachings about Mary outweighed all the council teachings about Mary up to that point. All of our recent popes have been prolific writers on the glories of Mary, from Pope Paul VI, to John Paul II and Benedict XVI. Our current pope has also emphasized devotion to the Rosary and Our Lady, particularly under her title as Mary, Undoer of Knots.

Although many have speculated on what exactly Mary meant when she referred to the triumph of the Immaculate Heart at Fatima, what’s clear is that her role is not yet finished.

Just as St. Louis de Montfort predicted, that “the maternity of Mary in the order of grace . . . will last without interruption until the eternal fulfillment of all the elect,” Mary’s work is destined to continue until, like a good Mother, she brings all of her children home.

“Yes, we live in a troubling time, and yes, there are those who have abandoned God, but God and His mother never abandon us,” Gress concludes. “We know through Mary’s perseverance at Calvary at the foot of Christ’s Cross that she remains here with us in the thick of the battle. She will not leave us orphans.”