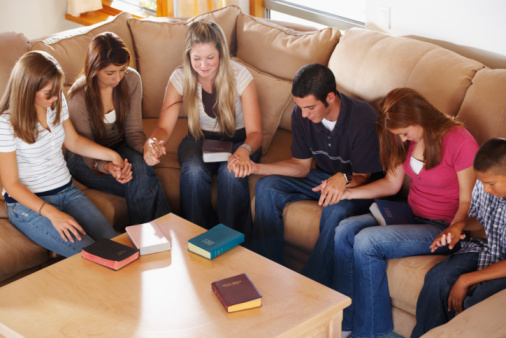 A new study on young adults who leave the Catholic Church has found that youth stop identifying as Catholic at a median age of 13 for reasons ranging from disbelief to dissatisfaction with Church teaching.

Writing for Catholic San Francisco, Nicholas Wolfram Smith says if we want to find Catholics who have left the Church, all we need to do is look at the faces in the pews because many of our youth have left the faith long before they actually stop attending a parish.

These findings were unveiled at a November 29 symposium at the start of the Santa Clara Faith Formation Conference where researchers from St. Mary’s Press discussed the findings from their study, “Going, Going, Gone: the Dynamics of Catholic Disaffiliation” which presented an in-depth look at stories of the men and women who left Catholicism.

Robert J. McCarty, one of the study authors, reported that about a third of respondents left over church teaching, most often that of same-sex marriage and homosexuality.

“Young people see dealing with the gay community as an issue of social justice and human dignity, not an issue of sexuality,” he said.

Study participants also said they stopped identifying as Catholics because of a disbelief in religion, or a personal or familial change in their religious denomination, Smith reports. About half of those who leave Catholicism join another religion while about 35 percent become “nones” and less than a fifth go on to become atheists or agnostics.

However, it’s important to note that many of the respondents who stopped identifying as Catholics tended to have “weak signs of attachment to the church,” in the first place, Smith writes. More than half said they attended Mass a few times a year or less even while identifying as Catholic. Two-thirds made their first Communion and only a third received confirmation. Even more interesting is that nearly 60 percent of those surveyed had never been involved in religious education or youth ministry.

In other words, they were not formed very well in the faith. This is why McCarty believes this disaffiliation from the Church among youth is not a problem of youth ministry but a “systemic crisis in handing on the faith.”

Another reason for disaffiliation is what researchers describe as the experience of community at churches.

“Our faith community enables us to encounter Jesus: If the community doesn’t do that, it’s easier for us to walk away,” McCarty said. 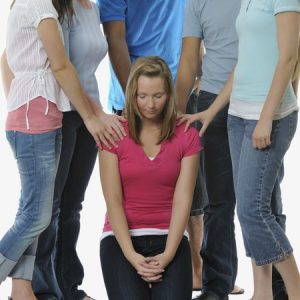 These findings coincide with those outlined in the document from the Vatican’s October 2018 Synod of Bishops on “young people, the faith, and vocational discernment” which found that young people who leave the Church “do so after experiencing indifference, judgment and rejection.”

However, the end of religious practice doesn’t necessarily mean the end of spiritual desire.

“McCarty noted study respondents were still intensely interested in finding meaning, dignity, justice and community. But for 87 percent of respondents, nothing the church could do would bring them back to Catholicism,” Smith reports.

Los Angeles Auxiliary Bishop Robert Barron, who participated in the youth synod, has called for “a renewed apologetics and catechesis” that will allow for “an intelligent, respectful, and culturally sensitive explication of the faith.

“The church must walk with young people, listen to them with attention and love, and then be ready intelligently to give a reason for the hope that is within us,” the bishop said.

In other words, God needs to become more relevant to the every day life of youth. Smith cites a recent Pew Research Center study which found that only 10 percent of American adults under the age of 30 mention “spirituality, faith, or God” when describing what affects their sense of meaning in life.

“The church is also encountering loss through people who were never introduced to the faith,” Smith continues. “Parents raised as Catholics increasingly choose not to enroll their children in the sacraments of initiation. While Catholic fertility rates largely reflect that of the general population, fewer infants are baptized today than in the 1940s, according to Mark Gray, a senior researcher on Catholicism.”

Youth ministers who were present at the conference were enthusiastic about the idea of change, “but more cautious on the details,” Smith writes. Young adults talked about the difficulty of changing things in their parish to focus more on accompaniment and personal relationships rather than programming, and also on the difficulty of getting parents to take an interest in their children’s faith.

Amanda George, coordinator of youth and young adult ministries for the Archdiocese of San Francisco, told Catholic San Francisco that the study showed “the way youth ministry has been done is not working.”

Youth are looking for different ways to be spiritual, she told Smith, and said that the current ministry paradigm can stifle opportunities to create deep friendships that can guide people in their faith.

“Ministry really happens in regular moments, not in the structured environment of youth ministry,” she said. If we don’t address these challenges in youth ministry, “we won’t have anything left.”

It’s interesting to note that youth programs such as Young Women of Grace seem to fit perfectly into this new paradigm. Not only does the program offer a solid education in the faith, but the “club-like” atmosphere of the groups also fosters community among the participants, a kind of “sacred sisterhood” that often remains intact long after the course is finished. In this way, girls learn from one another how to apply their faith to their everyday encounters with challenging secular cultural movements such as homosexuality, transgenderism, and radical feminism.

As George said, change is needed, but not if it means downplaying the church’s worldview.

“It’s good to know what others are saying, and listen generously, but it’s also important to remember that sin is real, the devil is out there trying to get souls, and we have to stay close to the sacraments to fight our spiritual battles,” she said.