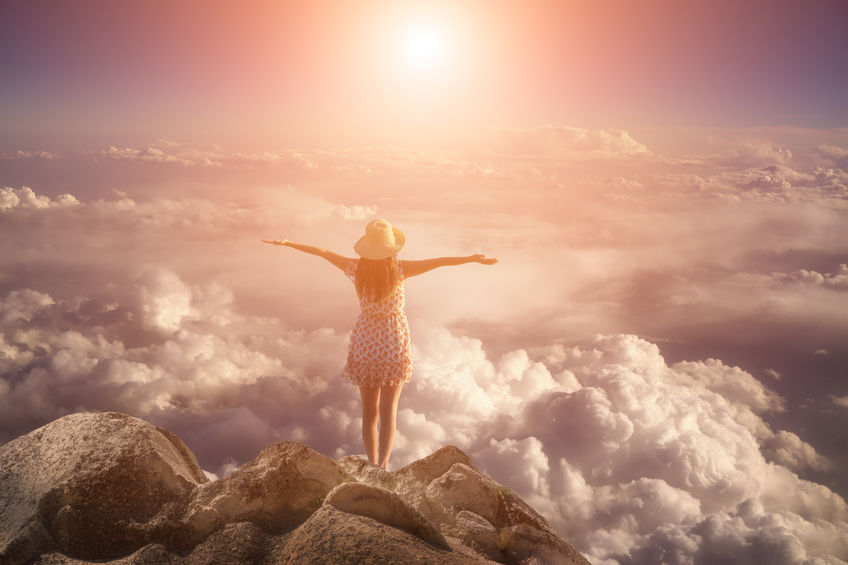 Today’s young woman is facing a culture that is very different from the one their parents’ faced 25 years ago. With the rapid influx of secularism and relativism, just about anything goes and what was once considered an acceptable moral standard for all is now considered to be “up to the individual.” How do we prepare our girls to face the world as it exists today and still keep their faith and values?

One of the most pervasive influences upon the hearts and minds of our girls today is coming from the mainstream media and its portrayal of women. The teen years are when girls are the most self-conscious and, therefore, the most vulnerable to outside influences about how to look, what to wear, how to act. Unfortunately, today’s beauty standards are impossibly high, which is why we have an unprecedented rate of eating disorders and depression in young girls.

And it starts very young.

For example, according to the Melrose Nicollet Melrose Center, which specializes in eating disorders, 80 percent of 10-year-olds are afraid of being fat. Fifty-three percent of 13-year-old American girls are unhappy with their bodies, a number that grows to 78 percent by the time they turn 17. By middle-school, 40 to 70 percent of girls are dissatisfied with two or more parts of their body. Is it any wonder that one-in-five women suffer from an eating disorder? And of that number, 90 percent are between the ages of 12 and 25.

But this isn’t their only problem. As we all know, we’re living at a time of an unprecedented breakdown in the family, which means many of our young girls are also coming out of dysfunctional or broken homes. This is a major reason why approximately 20 percent of teens experience depression before they reach adulthood. Between 10 to 15 percent suffer from symptoms at any one time with only 30 percent of them being treated. Sadly, teen girls develop depression twice as often as men.

“Most experts would agree with me that there is more stress today than in previous generations,” writes Therese J. Borchard, author of Beyond Blue. “Stress triggers depression and mood disorders, so that those who are predisposed to it by their creative wiring or genes are pretty much guaranteed some symptoms of depression at the confusing and difficult time of adolescence. I think modern lifestyles -lack of community and family support, less exercise, no casual and unstructured technology-free play, less sunshine and more computer -factors into the equation.”

These problems, coupled with a general absence of God in the culture, has also resulted in an unprecedented number of young girls dabbling in witchcraft and other occult arts in search of a way to cope with their world. Books celebrating witchcraft, which are directed to teen girls, are current best sellers. But this fascination with the dark arts doesn’t stop with books. Girls are casting “emoji spells” on Tumblr and #witch on Instagram boasts more than two million images of crystals, altars, and other miscellaneous witchcraft paraphernalia. For too many girls, this is their world. This is where they’re finding “empowerment.”

So what do we do about it?

Thankfully, experts from many different fields are actively working on this problem, as are parents from across the country.

One of the most important things we can do for our young people is to give them a moral compass. Study after study has shown that this can make a difference in the life of a teen.

Dr. Steve Ellenwood who heads up Boston University’s Center for Character & Social Responsibility, encourages parents and educators to teach “moral intelligence” – the ability to tell the difference between right and wrong – to youth. Teens also need standards to be set for them, and for those standards to be enforced. Parents and educators must also model the behavior they want in their teen.

Naturally, faith-based organizations play a huge role in helping teens to bring their faith along with them as they grow up. This means developing programs that make the faith relatable to today’s teens, to where they are and what they are facing in the world today.

For example, our Young Women of Grace program re-introduces girls to their faith in a way that encourages them to “make it your own.” First, we open their eyes to the truth about who they are as daughters of God and exactly what that means in this day and age. We encourage them to speak about the pressures in their lives through lively discussion and interaction with like-minded peers. Then we show them how to use their faith in this day and time in order to become the change-agents women were called to be by the Second Vatican Council. If we’re going to fulfill our mandate to “save the peace of the world” – we need to remain united to God and the sacred sisterhoods we form on this earth.

Tuesday, November 27, is Giving Tuesday, and we’re asking for help to continue our work with this vital program. In addition to the course, we are currently designing one-day retreats for girls and expanding our support services for facilitators with a regular newsletter and monthly conference calls, and constantly updating our course materials.

Not everyone who wants to help has the time or the resources to develop outreach programs or design initiatives, but one thing we can all do is “help the helpers.”