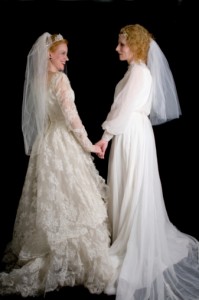 The man who has long stood in the way of legalizing same-sex marriage in the state of Maryland is allowing a committee realignment within the State House that will all but insure the passage of a same-sex marriage bill sometime this year.

The Washington Post is reporting that Maryland’s Senate President Thomas V. Miller, Jr., who is opposed to gay marriage and has been blocking the movement of any legislation that might make it legal, has approved an internal shuffle that will allow the measure to make it to the Senate floor.

This event, coupled with the results of the 2010 election, which found Democrats increasing their hold on the statehouse rather than give way to the conservative tide that swept through many other states in November, resulted in an increased number of supporters of same-sex marriage.

If the bill comes to the floor, it is now expected to pass, and Governor Martin O’Malley (D) has already pledged to sign it.

A form of same-sex marriage already exists in Maryland, however. Last year, Attorney General Douglas F. Gansler issued an opinion that recognized out-of-state gay unions, which means gays and lesbians can simply get on a train and ride to Washington DC to get married, then return home to all of the same rights afforded to heterosexual couples.

“In other words, the debate at this point boils down to whether lawmakers want gay Maryland residents to spend their wedding budgets at home or in the District,” the Post reports.

The only chance for derailing this legislation would have to come from the voters who could overturn the bill at the ballot box in 2012. But in order to do so, they would have to collect 55,000 valid signatures statewide within a matter of months in order to make the deadline for 2012.