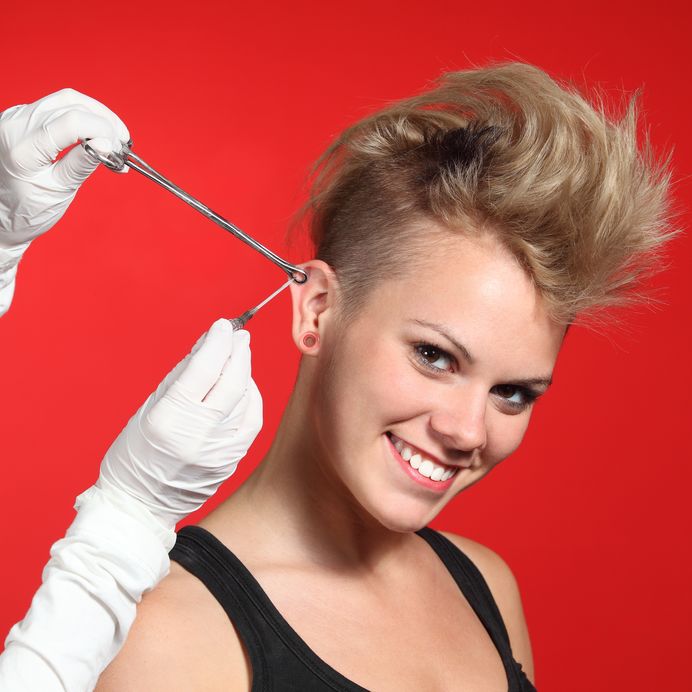 SS writes: “I recently found out about daith piercing to help migraine sufferers. I get migraines quite often and am interested in getting a daith piercing, but want to know if it would be anything anti-Catholic. So far I haven’t found much info on it. I . . . would appreciate your input!”

For those of you who never heard of it, a daith piercing involves piercing the cartilage ridge inside the outer ear, known as the helix, which is just above the opening to the ear.

According to the Cleveland Clinic, “The theory put forth on piercing this spot is that acupuncture targets this area to relieve migraine pain. And so, the logic goes, a piercing there permanently prevents migraines from occurring.”

Unfortunately, there is no medical research that supports this theory – which makes perfect sense because the “chi” which supposedly flows through the body, and is manipulated through a network of acupuncture points, doesn’t exist. For this reason, neither acupuncture nor daith piercing work to prevent migraines.

“While some people swear that a daith piercing actually rids them of migraines, what’s probably at work is a temporary placebo effect,” says headache specialist Emad Estemalik, MD.

As this article explains, cartilage piercing takes about 4-6 weeks to heal and “most people encounter some kind of problem(s) along the way.” These complications often extend the healing period to 3-6 months.

Daith Piercing was created by Erik Dakota in 1992 when a client of his who was studying Hebrew in college named it “da’at” which means knowledge. The word is based on the Hebrew “Daath” from the Kabbalistic Tree of Knowledge.

According to this article, “The piercer and the client at that time were interested in Hinduism and Hebrew studies, and then gave the meaning of the word, ‘smart’ or ‘intelligence’. They were drawn to the idea that piercings placed on the entrance of an orifice served as the guardian at the gate. Following this, Daith piercing represents knowledge guarding the entrance to your ear.”

Daith piercings do not help migraines, and their association with a superstitious belief that these piercings have some kind of “guardian” power over the body should be enough to make any Catholic wary.