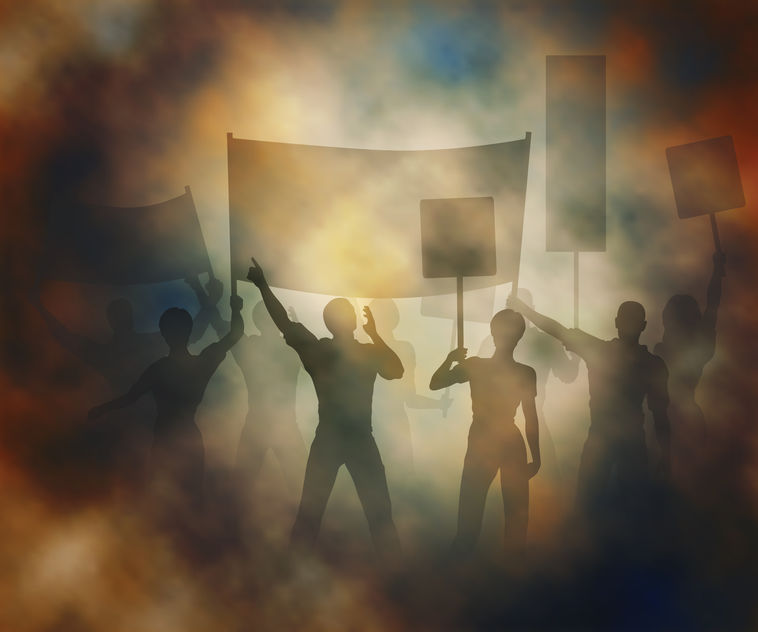 The Kavanaugh debacle has opened the eyes of many Americans to just how out-of-control the political discourse in this country has become – and many intend to sound the alarm at the ballot box in November.

In just the past ten days, numerous incidents of deliberate intimidation by angry, screaming mobs, much of it directed against innocent Americans, has Americans on both sides of the aisle saying, “Enough!”

In addition to scenes of mobs of shrieking protestors interrupting Senate proceedings, blocking entrances to Senate offices, and pounding on the doors of the Supreme Court, too many chose to cross the line separating protected free speech from outright threatening behavior.

For example, Sen. Cory Gardner (R-Colo.) said that his wife received a graphic text message with video of a beheading shortly after he voted to confirm Supreme Court Justice Brett Kavanaugh. The message was sent just hours after the Senate confirmed Kavanaugh in a 50-48 vote.

In addition to this text, someone also posted the names and addresses of his family members online.

Gardner was not the only public figure to be doxed.

Jackson Cosko, a former Democratic aide, was arrested last week for allegedly posting the private information of several Republican senators online. Cosko, who had been working as an intern for Rep. Sheila Jackson Lee (D-Texas), has been fired.

This incident was barely behind us when Dr. Carol Christine Fair, an anti-Trump professor teaching classes at Georgetown University, sent out a vile Tweet calling for lawmakers who support Kavanaugh to be killed.

“Look at [this] chorus of entitled white men justifying a serial rapist’s arrogated entitlement,” she wrote. “All of them deserve miserable deaths while feminists laugh as they take their last gasps. Bonus: we castrate their corpses and feed them to swine? Yes.” 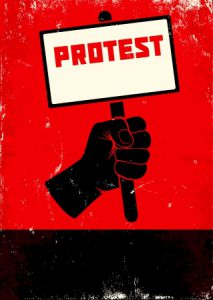 Not only is she calling for the kind of grisly death most associate with ISIS, she also accuses a man who was never convicted of any such crime a “serial rapist”. For good reason, Fair is no longer teaching at Georgetown.

Samantha Ness, a special education teacher from Minnesota, also felt obliged to call for violence after Kavanaugh’s confirmation by sending out a Tweet that read: “So whose [sic] gonna take one for the team and kill Kavanaugh?”

She has since resigned.

This past weekend, a Portland, Oregon man and a Trump supporter had his truck set ablaze in what he believes was a targeted attack.

Speaking to KOIN-TV, Johnny MacKay said that he had a few drinks at a bar in Vancouver, Washington and decided to take an Uber home instead of drive. He left his truck, which he had just adorned with two “Trump 2020” stickers, parked under a light in the parking lot with the hopes that it would discourage anyone from trying to break into it.

The next morning, he found his truck burnt to a cinder. “The tires were melted, the windows were shattered,” and the letters “TRUMP” were scrawled in white paint across the charred body of the vehicle.

“If you say anything that someone doesn’t like, you are ultimately a target,” MacKay said. “You’re automatically the enemy and they have to hurt you.”

Political violence is not new, but it has been on a very noticeable uptick since the election of Donald Trump. Most hoped it had reached its peak last summer when Rep. Steve Scalise (R-LA) was shot during practice for a baseball game, but not even attempted murder was enough to warn people away from this kind of volatility.

Just one year later, Rep. Maxine Waters (D-CA) publicly encouraged her followers to “get out and you create a crowd and you push back on” any Trump Cabinet member they might encounter. “And you tell them that they are not welcome anymore, anywhere.”

Waters insisted that she was not calling for violence but the House is being pressured to either reprimand or expel her from the house for violating House rules requiring representatives to conduct themselves “in a manner that shall reflect credibly on the House.”

Thus far, nothing has been done.

Nor has anything been done about Senator Cory Booker (D-NJ) who encouraged people to “get in the face of some congresspeople” in July.

Kelley Paul, wife of Senator Rand Paul (R-KY) penned an open letter to Booker last week asking him to retract the statement that she believes is fanning the flames of the political violence that personally touched her family last year. Her husband was attacked in November 2017 in his own yard by a neighbor who broke six of his ribs, causing him lung damage and multiple bouts of pneumonia.

Even though his assailant claimed that the attack had nothing to do with politics, in her letter, Paul named those who made light of violence against her husband, including MSNBC reporter Kasie Hunt and Kentucky Secretary of State Democrat Alison Lundergan Grimes, and others.

“I hope that these women never have to watch someone they love struggle to move or even breathe for months on end,” Paul wrote.

Because someone also posted their home address and Rand’s cell phone number on the internet, she now sleeps with a loaded gun next to her bed.

Even though the violence seems to be largely coming from – and openly endorsed by – the left, they aren’t alone. Threats of violence have been coming from the right as well. Kavanaugh accuser Dr. Christine Ford and her family were driven out of their home by death threats. Last summer, Heather Heyer, a 32-year-old Charlottesville paralegal was killed during a white supremacist rally when a driver deliberately drove his car into a crowd of counter-protestors.

Regardless of which side it comes from, the incitement to violence does not belong in the public discourse on either side of the aisle and it has many Americans justifiably concerned, not only about their own safety, but about the protection of their right to live freely and according to their beliefs.

Something is definitely wrong with a society where people are subject to violence simply for appearing in public sporting a particular hat or bumper sticker.

The time has come to wake up the political class and demand civility in the only way that is guaranteed to work – vote.