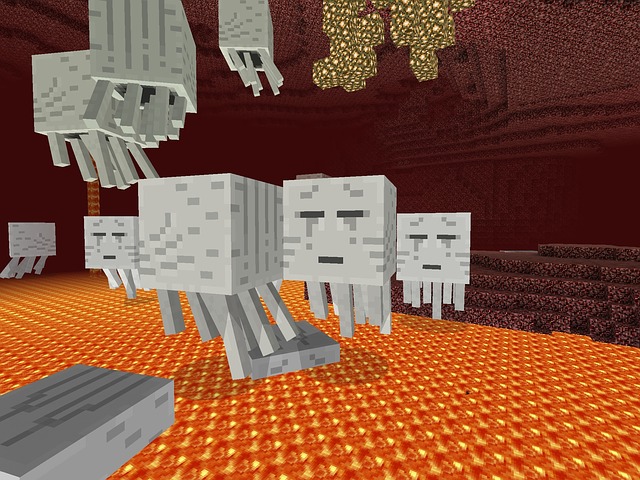 Thanks to an astute reader of our blog, we were alerted to the fact that there is a strong connection between the online gaming sensation, Minecraft, and the enormously popular Slenderman Internet meme that has been linked to attempted murder and other violence by teens.

The link between Minecraft and Slenderman comes in the form of Minecraft characters known as Endermen. These black, box-like characters stand three blocks tall and have bright purple eyes. Like Slenderman, Endermen have elongated limbs and possess similar abilities such as teleporting, which is an alleged psychic ability that allows the characters to instantly transport themselves from place to place.

The connection to Slenderman is a serious concern for parents. For those who are not familiar with Slenderman, this fictional character began on a web forum called Something Awful as part of a Photoshop contest in 2009. Depicted as a tall, shadowy, faceless creature in a black suit, the Slenderman image made its way around the Internet where it became a kind of icon.

It’s popularity was fueled by amateur fiction-writing sites like Creepypasta Wiki, which created stories depicting Slenderman as stalking or abducting people, usually children. He became an instant sensation with children in search of a scary horror tale, but some took it way too far, which only added another layer of darkness to the creepy creature.

For example, on May 31, 2014, two 12-year-old girls from Waukesha, Wisconsin brought an 11-year-old classmate into the woods behind their homes and stabbed her 19 times. Thankfully, the girl survived. When investigators asked the two girls why they did it, they were told it was supposed to be a sacrifice to appease Slenderman. The girls said they were trying to become “proxies” for Slenderman. One of the girls believed she had mind-control powers and also told investigators that she speaks with fictional characters such as Voldemort from the Harry Potter series. Although she was eventually diagnosed with childhood-onset schizophrenia, she was found competent to stand trial.

The same year, a 16-year-old girl from Port Richey, Florida allegedly set her house on fire on what some believe is linked to Slenderman.

Another girl, 13, from Hamilton County, Ohio, allegedly attacked her mother in the kitchen in an attempt to appease Slenderman.

While it’s true that not all children will react in such an extreme way to an Internet meme, parents are justified in being worried about the presence of Slenderman and his spawn, Enderman, in their children’s games.

According to this article in Parade, parents expressed their concern about these characters and received the following response from Creepypasta:

“I’m going to make myself loud and clear: ALL WORKS PRESENTED ON THIS WIKI AND OTHER SITES (INCLUDING SLENDER MAN…) ARE FICTIONAL STORIES AND CHARACTERS,” a site administrator known as Sloshedtrain wrote.

“This wiki does not endorse or advocate for the killing, worship, and otherwise replication of rituals of fictional works. There is a line of between fiction and reality, and it is up to you to realize where the line is. We are a literature site, not a crazy satanic cult.”

Michael Oberschneider, the director of a private mental health practice in Northern Virginia, believes parents have a right to be concerned about these game characters. because these aren’t your typical campfire “ghost stories,” he writes in this article.

“To the contrary, Slender Man – who he is and everything he represents in his stories and games – is demonic. Slender Man stalks, preys upon, abducts, traumatizes and kills his victims who are often times children.”

Children lack the cognitive and emotional resources to make sense of the kind of dark and graphic material that Slenderman introduces to their young minds.

“Slender Man . . . has the potential for doing significant psychological harm to the ill-prepared, young viewer,” he says.

The problem is that many children are being introduced to Slenderman through the Minecraft game. In fact, Oberschneider first discovered Slenderman from an eight-year-old patient who said he met the fictional character while playing Minecraft.

“For now, disclaimers and warnings are all that is keeping your child from pointing and clicking his way to Slender Man,” Oberschneider warns. “In my opinion, expecting a younger child to exercise the sound judgment and impulse control to leave an Internet site with a warning and to not give into temptation (or peer pressure) is too much to expect.”

Children’s curiosity will get the better of them and they will find themselves getting much more than just a harmless “scare” but will instead be exposed to deeply disturbing material.

For this reason, Oberschneider recommends that children under 14 should be closely monitored when online and kept away from this kind of violent material, be it in games or on YouTube.