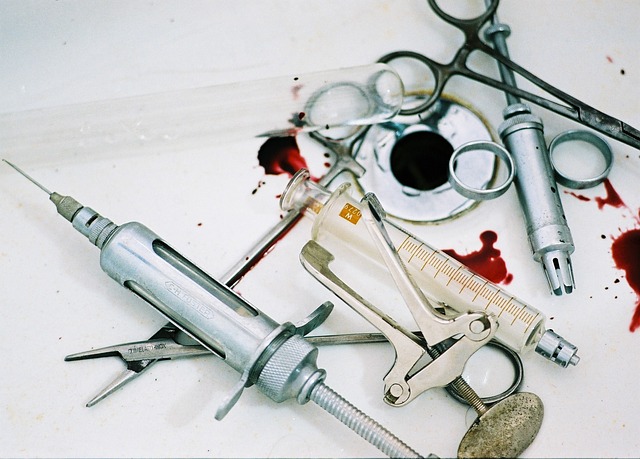 An unannounced inspection of a Planned Parenthood clinic in Columbia, Missouri found rusty aspiration machines with tubes full of bloody bodily fluid and black mold, which has resulted in the cessation of abortion services.

According to KMIZ, an unannounced inspection of the clinic by the Department of Health on September 26 turned up numerous sanitation concerns, including a rusty suction aspiration machine in the operating room. Tubes connected to the machine were full of a “reddish colored fluid” that was “most likely bodily fluid” as well as a “blackish-gray substance on the inside the length of the tubing” that a Planned Parenthood staff member said was mold.

The inspection could not have come at a worse time for Planned Parenthood which had been trying to avoid having to comply with new state regulations regarding ambulatory surgical centers.

Solicitor General Dean Sauer said the Columbia inspection proves why Planned Parenthood should not get a pass on abiding by the new laws, and said the inspection goes to a “pattern and practice of failing to comply with basic sanitation practices.”

In general, the inspection team said the facility, which does an average of 14 cases a month, failed to provide a sanity environment for patients with easily cleanable surfaces to prevent infections. For example, they found exam room tables that had chipped paint exposing the pressed wood which were noted as “uncleanable surfaces.”

According to the law, the facility is expected to insure that “each patient is prepared for the abortion in a manner that facilitates her safety and comfort.” This regulation was not met in the Columbia facility as evidenced by its failure to ensure that equipment used for patient care was approved for use in healthcare facilities.

Emily Miller, spokeswoman for Comprehensive Health of Planned Parenthood Great Plains, said the clinic has corrected all of the problems found in the state inspection.

“The state of Missouri’s court filings contain grossly inaccurate claims about the safety of our health services in an effort to further restrict access to abortion,” Miller said. “Planned Parenthood’s top priority is providing high-quality care to our patients, including safe, legal abortion, and we won’t waver in our effort to protect access to health care.”

Sauer isn’t buying it, which puts Planned Parenthood into an untenable situation. Even if the court allows a restraining order that will permit the company to avoid having to comply with the new regulations, it’s license expires today.

“After Oct. 2, the Columbia facility cannot conduct any more abortions until the facility complies with sanitation regulations, as determined by another inspection,” Sauer said.