Several new studies have found that the number of women turning to alternative forms of abortion is rising steadily across the globe. 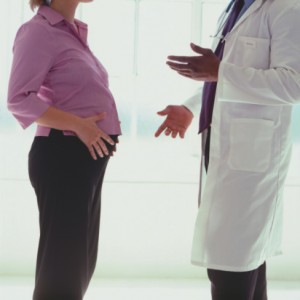 LifeSiteNews is reporting on two recent polls whose numbers are telling. The first survey, taken by the UK’s Co-Operative Pharmacy found that 20 percent of women aged 18 to 35 took the morning after pill (MAP) last year. Up to 250,000 had used the drug two or more times during the year with one in 50 saying they used MAP as their normal form of contraception.

MAP use in the U.S. is not quite as high, although it is growing in popularity. According to the Centers for Disease Control and Prevention, about 10 percent of American women who had intercourse at least once between 2006 and 2008 used emergency contraception. This number may only be half of the UK total, but it has been steadily increasing in the last decade. For instance, in1995, before emergency contraception – known as Plan B in the U.S. – was approved, less than one percent of women ages 15 to 44 who had intercourse at least once used emergency contraception. By 2002, that number jumped to 4.1 and is now up to 10 percent.

Another study, released this week in Finland, found that up to 80 percent of all first trimester abortions in that country are now being done with RU-486. The Finnish National Institute for Health said that chemical abortions are more popular because “they save the state money in a country where abortions are always paid for at public expense,” LifeSite reports.

Chemical abortions typically require the administration of two drugs, mifepristone and misoprostol, with the first drug killing the child and the second inducing labor. In Finland, women whose pregnancies are up to nine weeks are typically given the drugs at a clinic, then sent home to have the abortion. Chemical abortions are also used to abort babies between nine and 12 weeks gestation, but the mothers are usually admitted to a clinic for monitoring during the process.

In the 10 years since RU 486  was approved for use in the U.S. via what many believe was a politically motivated fast-track process at the FDA, the drug has been the confirmed cause of death in 12 women and has had more than 1,300 reported adverse effects, with 336 being serious enough to require hospitalization and 172 requiring blood transfusions.

Use of the drug has been climbing steadily in the U.S. The Guttmacher Institute, which was founded by former Planned Parenthood founder Alan Guttmacher, says the number of RU-486 induced abortions has been rising at about 22 percent a year and now account for approximately 14 percent of the total number of abortions performed in the U.S. each year.

In spite of this alarming track record, the FDA recently approved “ella”, another so-called “emergency contraception” pill that can be taken up to five days after unprotected sex.

” . . . (T)he FDA approved ulipristal acetate – ‘ella’ – as an emergency contraceptive, despite the fact that it shares an almost identical chemical make-up and identical modes of action with RU-486,” said Jeanne Monahan, Family Research Council’s Director of the Center for Human Dignity.  “Given the strong resemblance, there is reason to believe that the negative side effects will also be similar. Women should not be the ‘guinea pigs’ of the abortion industry or the government. These risks should not be taken.”

Many more women are resorting to alternatives to surgical abortion because they believe these methods to be less invasive and cheaper, but inadequate communication about the nature of the risks involved leave many unprepared for what can be serious side-effects. As the National Right to Life Committee (NRLC) explains about RU486, the process of chemical abortion can be painful and traumatic, especially for women who deliver their dead fetus at home.

“Heavy bleeding, nausea, vomiting, and painful uterine contractions are common features of a process TIME magazine calls ‘painful, messy, and protracted’,” the NRLC writes. “About two percent hemorrhage and more than one in a 100 require hospitalization. An Iowa woman took RU486 and lost nearly 3/4 of her blood and likely would have died without emergency surgery.”