BH writes:  “I am reading a book called He Came To Set The Captives Free by a bestselling Christian author named Rebecca Brown, MD.  This book is about a lady named Elaine who supposedly was one of America’s top Witches and Satan worshipers.  Apparently she was converted to Christianity and in this book she reveals all sorts of things that are taking place among Witches and Satanists.  Some of the things mentioned in this book include:  human sacrifices, the real existence of wer animals (ex:  werewolves, vampires and zombies) and the tactics these people use to infiltrate and destroy Christian Churches. 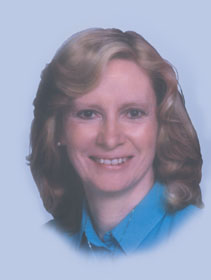 “I don’t know whether I should believe this testimony or not especially since the author, Rebecca Brown also has an extremely negative view of the Catholic Church. . . . On the other hand she appears to have a genuine relationship and love for our Lord Jesus Christ. Is it possible that God would use and inspire someone who also has such a negative view of His Holy Catholic Church?  Is this testimony credible or is it fiction?”

The testimony put forth in this book has been found to be completely false and was written by a woman who had her medical license revoked and has been diagnosed as having serious mental issues such as “acute personality disorders including demonic delusions and/or paranoid schizophrenia.”

Rebecca Brown (Yoder is her married name) is a former doctor who has written a series of controversial Christian books about Satanism and a former Satanist named Elaine who was apparently the bride of Satan.  Her books were published by the notorious anti-Catholic publisher Jack Chick of Chick Publications. He published two of her books, He Came to Set the Captives Free (1986) and Prepare for War (1987).

Among her many far-fetched claims, Brown believes Roman Catholicism is witchcraft, that American Indian reservations are cursed, and that violence in the African American community stems from inherited family curses originating with African tribal warfare. She also claims to know of the existence of large, Satanic covens in America performing various evil works, rituals and sacrifices and the teaching in her books that born-again Christians can be inhabited (not possessed) by demons.

As you mention in your e-mail, Elaine is the central character in Brown’s book and even though her surname is never given, the woman has been identified as Edna Elaine Moses, a mentally unstable woman who met Brown during her residency at Ball Memorial Hospital. Brown and Elaine eventually moved in together along with Elaine’s developmentally challenged daughter, Claudia.

The friendship proved to have a negative effect on Brown who started out as a well-respected doctor but gradually digressed into bizarre behavior such as conducting exorcisms on patients, which led  to her being dismissed.

It was during this time that Brown began treating Elaine and her daughter, as well as other women for a variety of conditions such as brain tumors, leukemia, gall bladder disease and blood disorders, all supposedly caused by demons. At one point, she was treating Elaine for what she believed was leukemia by drugging her with massive doses of Demerol and Phenobarbitol. The complaint also states that she allowed Claudia to inject herself with Demerol. Thankfully, this all led to the revocation of her medical license.

It should also be noted that both of her books were investigated by Personal Freedom Outreach, a counter-cult Christian organization, and they concluded that the stories were false, with many inconsistencies between the books and other teaching tapes and testimonies produced by Brown.

Their detailed report, entitled Drugs, Demons and Delusions,” can be found here.