TV writes: “I had heard that Pope Benedict said that Yoga is not a sin in itself but the worshiping of our bodies is sinful.  Is there more you can share about our Catholic Church’s teachings of yoga.” 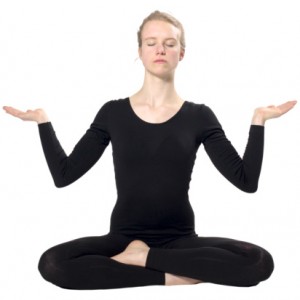 Guidance on yoga can be found in the 1989 document, “Some Aspects on Christian Meditation” issued by the Congregation for the Doctrine of the Faith. This is the first Church document that attempts to deal with the rapid influx of Eastern religious practices into Christianity. In particular, it deals with Zen, Transcendental Meditation and yoga, all of which can “degenerate into a cult of the body” that debases Christian prayer.

It’s interesting to note that yoga is treated correctly in this document as a religious practice, not as an exercise program which is how Westerners who are unfamiliar with yoga like to present it.  Yoga has five principles; proper relaxation, exercise, diet, breathing and meditation. Meditation is considered to be the most important principle and is the aim of the other four.

However, eastern meditation and Christian meditation are two entirely different things. When Christians hear the word meditation, they think prayer. In the east, the word means mental exercise. It’s about focusing the mind and achieving self-realization.

Christian prayer, on the other hand, “is the raising of one’s mind and heart to God . . . ” (Catechism No. 2590) Christian meditation is “above all a quest. The mind seeks to understand the why and how of the Christian life in order to adhere and respond to what the Lord is asking” (ibid, no. 2705)

Many Eastern meditation practices, such as TM and yoga, also prescribe postures and breathing control as part of their technique of meditation and this is where dangers can arise for Christians.

“Some physical exercises automatically produce a feeling of quiet and relaxation, pleasing sensations, perhaps even phenomena of light and of warmth, which resemble spiritual well-being,” the document states. “To take such feelings for the authentic consolations of the Holy Spirit would be a totally erroneous way of conceiving the spiritual life.

“Giving them a symbolic significance typical of the mystical experience, when the moral condition of the person concerned does not correspond to such an experience, would represent a kind of mental schizophrenia which could also lead to psychic disturbance and, at times, to moral deviations.”

The only other Church statement we have about yoga comes from Jesus Christ, the Bearer of the Water of Life, A Christian Reflection on the ‘New Age’ which says: “Some of the traditions that flow into New Age are: ancient Egyptian occult practices . . . Zen Buddhism, Yoga and so on. ” [n 2.1]

However, this is only a preliminary document with another expected to follow sometime soon. Perhaps this one will give us more definitive instruction on the practice of yoga.