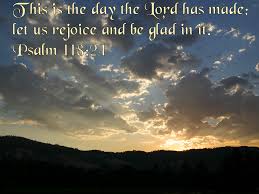 Many years ago I was in San Antonio, Texas, to present a day of recollection for those engaged in parish ministry. I rose early that morning to spend time before the Blessed Sacrament reposed in the chapel of the retreat house where I was staying.

It was a lovely moment, filled with grace and consolation. This was especially comforting because it was the first time I had addressed a group like this and I was a bit anticipatory about the direction I was going to take. In the confines of this holy place, I poured out my heart to the Lord. I shared my apprehension. I shared my littleness. I reminded Him that these were His children and they were expecting to hear something useful. I begged Him to give me something poignant to say — perhaps even life-changing for some of them! That was a big prayer, but He is a big God, afterall.

With all of that out of the way, I settled into a time of recollection, stilling myself in the presence of Jesus in the Blessed Sacrament. Deep down in the bottom of my heart where Saint Francis de Sales says we “hear the voice of God,” I heard these words from Psalm 118:24 — “This is the day the Lord has made, let us rejoice and be glad in it.” 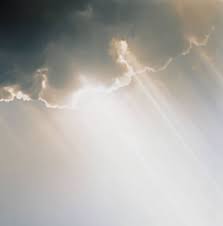 With lightning speed, I understood what the Holy Spirit was communicating! The day of recollection that I was going to embark upon had already been “made” by the Lord. He had planned this day — meticulously — from before the very foundations of the world had been laid in place! He had ordained it, provided for it, and would orchestrate it. All I had to do was be open to Him and show up! He wanted me to rejoice in the day, to be glad in it, to marvel at His work, to delight in Him.

Joy filled me and lifted me interiorly to the heavens. I praised Him, thanked Him, expressed my gratitude for all He was going to do and for all that He had done already. I completed my prayer with words of love and in the peace that surpasses understanding.

And, the Lord did not disappoint. He was manifestly present througout the day. It was, indeed, a marvelous work of God.

My friend, today is the day the Lord has made. He has ordained this day for you. He has planned for it –meticulously — from before the world began. Nothing that happens this day is outside of His will for you. He will work all things to the good. Praise Him. Thank Him. Rejoice in Him. Be glad. Be open. Show up. And watch the marvels unfold.

2 Response to “Rejoice! Today is “Made” For You”