PJ writes: “Can you comment on Sally Fallon and The Weston Price Foundation and her book ‘Nourishing Traditions?’ I know many Catholic families embracing her philosophies for healthy eating, however some of it goes against current accepted nutritional advice.” 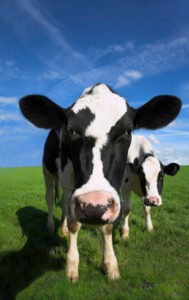 There are indeed problems with Sally Fallon and The Weston Price Foundation, which she founded.

Fallon, who has no medical background (she has a masters in English and authored two cookbooks) authored the best-selling Nourishing Traditions: The Cookbook that Challenges Politically Correct Nutrition and the Diet Dictocrats along with nutritionist Mary G. Enig.

In a nutshell, their diet emphasizes the consumption of very nutrient dense, whole foods and animal fats, including raw milk. Notwithstanding the many documented dangers of unpasteurized milk, especially for children, Fallon makes other dangerous claims, such as saying there’s nothing wrong with cholesterol. “The truth is that cholesterol is your best friend,” she writes. “There is no greater risk of heart disease at cholesterol levels of 300 than 180.”

One of the biggest problems I see with Fallon is her claim to be subscribing to the research of Weston Price, a Cleveland dentist who traveled the world in the early part of the 20th century to study the traditional diets of healthy cultures. The Weston Price Foundation, of which Fallon is the president, supposedly promotes Price’s findings that the people who maintained their traditional diets rather than switching to the more processed foods of the West not only had less dental problems, but also had much better health.

The problem is that Fallon doesn’t really follow Price’s work. John Robbins, the only son of the founder of the Baskin-Robbins empire who is an environmental activist and admirer of the work of Weston Price, says Fallon’s Foundation isn’t faithful to what Price really taught.

” . . .(S)peaking as someone who has great respect for the work of Weston A. Price, I am sorry to say that to my eyes, the foundation that carries Price’s name today is unfortunately exaggerating what was unbalanced in his work, and abandoning much of what was good,” writes Robbins, the author of  Healthy At 100, The Food Revolution, and Diet For A New America.

He criticizes Fallon’s Foundation, saying it is almost cult-like in that any author or researcher who subscribes to modern nutritional science is mocked as “politically correct”. ” . . . (T)hey frequently demean and condemn those with whom they disagree. There is a nastiness, a mean-spiritedness, to their activities that is not worthy of the man in whose footsteps they presume to follow,” Robbins writes.

There are also many glaring inconsistencies between Fallon’s diet and Price’s research.

For instance, Price never mentions anything about soy, soybean, tofu or soymilk in his 500 pages of research, but Fallon claims soy foods are “more insidious than hemlock.”

Price praises many native cultures that were eating vegetarian diets, yet Fallon’s Foundation denounces vegetarianism as “a kind of spiritual pride that seeks …to shirk the earthly duties for which the physical body is created.”

In a 1934 letter to his nieces and nephews, Price advocated a diet rich in “entire grains such as whole wheat, rye or oats, whole wheat and rye breads, wheat and oat cereals, oat-cake, dairy products, including milk and cheese, which should be used liberally, and marine foods.” However, Fallon’s Foundation aggressively promotes the consumption of beef, pork and other high-fat meats, while condemning people who base their diets on whole grains.

He concludes: “I regret to say that those running the Weston A. Price Foundation today seem to have their own agenda.”

As Catholics, we are called upon to view life and physical health as a precious gift entrusted to us by God of which we must “take reasonable care” (No. 2288) and to recognize that science and technology are precious resources “when placed at the service of man” (No. 2292).

How wise is it to entrust something as critical to our health as our daily diet to a cookbook author and nutritionist rather than to established science?

I will leave that up to the reader to decide.