CZ writes: “A woman who used to minister at our local Catholic retreat house recently died. Her obit talks about having spent the last ten years in teaching “the New Cosmology.” What is that? Just from the sound of it, I am sure it is not in accord with Catholicism and church teaching.” 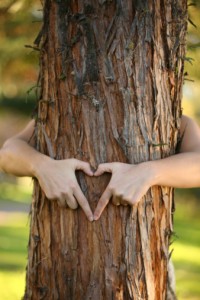 Your hunch is right on the money, CZ.

The “New Cosmology” refers to a new way of looking at the world in the light of discoveries about the Earth’s age, evolution, etc.  As one advocate  of the “New Cosmology” writes, “Our new challenge is to reinvent our civilization. The major institutions of the modern period, including that of agriculture and religion and education and economics, need to be re-imagined within an intelligent, self-organizing, living Universe, so that instead of degrading the Earth’s life systems, humanity might learn to join the enveloping community of living beings in a mutually enhancing manner. . . .”

As you might imagine, environmental extremists and their various “green religions” are having a field day with the idea that the Earth is a living, breathing organism that must be treated with respect. Also known as the Gaia Hypothesis, it’s really just an updated version of the worship of an ancient Greek god named Gaia – or Mother Earth – which has been repackaged with scientific-sounding language to suit the modern tastes of the New Age and Neopagan environmental movements.

Naturally, a cosmology such as this one offers a radical reinterpretation of God, the Trinity, Genesis, etc., but that hasn’t stopped Catholics from embracing it.

A good example would be Sr. Miriam McGillis of the Genesis Farm in Blairstown, New Jersey. The Farm is a “learning center for reinhabiting the earth” which she refers to as a “CSA (community-supported agriculture) subscription farming program” in an article appearing in the National Catholic Reporter in January, 2011. This is how she describes the Farm’s philosophy:

“Genesis Farm is rooted in a belief that the universe, Earth, and all reality are permeated by the presence and power of that ultimate Holy Mystery that has been so deeply and richly expressed in the world’s spiritual traditions. We try to ground our ecological and agricultural work in this deep belief. This Sacred Mystery, known by so many religious names, is the common thread in our efforts.”

She goes on to say that the purpose of the Farm is to teach this new cosmology to others. “That’s a large part of what we do, telling the universe story and exploring what Fr. Thomas Berry called ‘the great work,’ the task of reinventing the human at the species level in order to promote a mutually-enhancing Earth-human relationship.”

(Just so you can get an idea of where this is going, Father Thomas Berry was a leading spokesman for the Gaia earth religion who once wrote that we should “rethink our ideas about God” and “place less emphasis on Christ as a person and redeemer.”)

She goes on to say that the philosophy of agriculture she uses at the farm was developed by Rudolph Steiner “who was both a mystic and a scientist.” She neglects to add that Steiner was also an anthroposophist who was deeply immersed in the occult.

The Farm’s main work seems to be about teaching people how to live off the land once the world’s oil supplies run out.

“This comes in part out of our involvement with the Transition Movement,” she explains. “This movement is about deep changes in response to the realization that oil supplies have peaked, that we will not be able to depend on cheap fossil fuel, but will probably need to depend on local communities and local wisdom, to reconnect with the places where we live.”

Apparently, this reconnection with the earth requires pagan rituals such as these:

“We do a lot of ritual, non-liturgical ceremonies that connect us with the land and honor it,” she describes. “Recently we all walked the land asking the land to accept us and feed us. We visited the ponds and wetlands. We gave gifts of bee pollen and cornmeal as we walked with a sense of humility. We prayed that we want to be real members of the community, asking the land to teach us.

“It’s so important to do things like that. We honor the equinoxes and solstices, the turning points of our year. We need to do this everywhere. It supports a spirituality that will help us get energy and guidance for what is coming when the oil runs out. It will not be easy.”

I think this should give you a good idea of what “the New Cosmology” is all about and why it is best left to the environmental extremists who endorse it.

Our Learn to Discern series contains a booklet describing the eco-spirituality movement in more depth.