SS writes: “I heard you speaking on EWTN radio and was interested in what you had to say, so I checked out your website. I was disappointed in your blog when I saw how often you referenced Stephen Barrett. I am wondering if there is not someone more credible or less controversial you could’ve chosen to reference so that your blog could be a more useful resource for Catholics.” 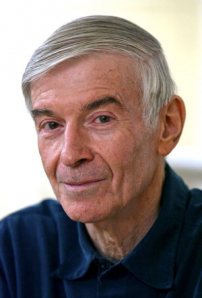 SS is referring to Stephen Barrett, M.D., a retired psychiatrist and co-founder of the National Council Against Health Fraud (NCAHF) , and the webmaster of Quackwatch.  This site maintains an extensive library of research and documentation on every kind of health care fraud and quackery imaginable. His resources are used by researchers/journalists such as myself as well as various government agencies, and have been cited in prestigious peer-reviewed journals such as The Lancet. In addition to serving as a peer-review panelist for at least two medical journals, he has also served on the editorial board of Medscape and the Scientific Review of Alternative Medicine.

Barrett has personally authored more than 2,000 articles on every kind of quackery from chi machines to growth hormone scams, and has spoken at more than 300 universities, medical schools and professional groups. In addition, he has appeared on CNN, Good Morning America, the Today Show, Dateline and numerous other broadcasts.

Because Barrett is an outspoken opponent of alternative medicine, he has been the recipient of many personal attacks. From what I’ve read, the attack that seems to have “stuck” is the one made by Dr. Tedd Koren of Koren Publications. Barrett sued for Koren for publishing libelous comments about him, such as that he wasn’t a Medical Board Certified physician and that he was  a “shill” for the medical and pharmaceutical cartels, among other things.

Barrett won the case but it was overturned on appeal after Koren hired prominent alternative health care lawyers.

In spite of the fact that Koren, a chiropractor, would be considered a biased source by any journalist, his allegations against Barrett still don’t add up.

First of all, he claims Barrett was not a Medical Board Certified psychiatrist because he failed the certification exam, but when Barrett completed his psychiatric residency at Temple University Hospital in Philadelphia in the 1960’s, Board certification was not a requirement. Many psychiatrists from that era don’t have board certification. Barrett was a practicing physician until he retired in 1993, and his medical license is listed as “active-retired” in good standing with no disciplinary actions found for his license.

Koren also claimed that Barrett has ties to the American Medical Association, the Federal Trade Commission and the Food and Drug Administration. However, Barrett lists these and all other affiliations openly on his website – and none of them are financial ties.

He also contends that Barrett is in the pocket of the pharmaceutical industry but once again offers no proof of this. And thus far, no one else has either.

But Koren isn’t the only alternative healthcare practitioner to sue Barrett for alerting consumers to possible fraud and quackery. Barrett is a lightning rod for these suits and I have yet to read one that does not concern an alternative practitioner who is suing him because he exposed the scientific facts about their practice.

But even if one were to accept as fact these claims against Barrett, it’s important to understand that he’s not the only author of Quackwatch. More than 150 doctors, research scientists and other health care providers contribute to the site.

The bottom line is that his research is rock-solid which is why journalists like me who are mainly interested in facts continue to rely on his library regardless of what the rumor-mill has to say about the man himself.