DKK ssks: "Can you write something about the practice of smudging in native spirituality? Is it wrong or against Catholic doctrine?" 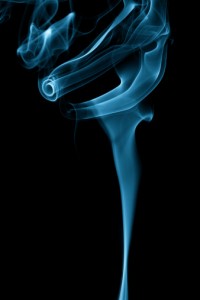 People are encouraged to "smudge" when their spirits are low, if they've been around someone who is sick or depressed, and during meditation and prayer.

But beware of another danger lurking in this practice! New Agers have thoroughly co-opted Native American spirituality, much to the chagrin of native tribes throughout the United States, so much so that the Lakota tribe actually declared war on them in the early 90's. For this reason, in addition to the shamanistic beliefs inherent in the practice of smudging, you will also encounter all kind so of New Age beliefs that may or not having anything to do with authentic Native American spirituality.

It's easy to spot the New Age in this quote from a Native American enthusiast: "The purifying smoke of sage, cedar or sweet grass is ceremonially fanned through the energy field to cleanse vibrations, attract positive energy, healing and protection."

However, it's important to note that the Church does allow rituals such as smudging/saging during Masses and other services involving Native Americans; however, this is allowed only as "symbols" of their culture and tradition not because she is endorsing pagan beliefs. You can read more about this here.

Even though we respect the beliefs of Native Americans, Catholics have their own spiritual cleansing ritual par excellence in the Sacrament of Reconciliation. Through this sacrament we're cleansed of the sin that can cause a rupture in our communion with the living God. In addition, our communion with the Body of Christ is also restored. Regular confession of every day faults brings a wealth of other residual helps, such as enabling us to "form our conscience, fight against evil tendencies, let ourselves be healed by Christ and progress in the life of the Spirit." (Catechism No. 1458).