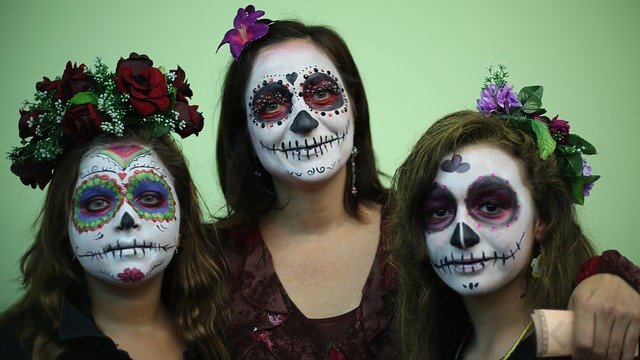 U.S. toymaker, Mattel, is being accused of cultural appropriation after it launched a new “Day of the Dead” Barbie doll that represents one of Mexico’s most cherished traditions – the annual celebration of the Day of the Dead.

The Daily Mail is reporting on the controversy surrounding the $72 doll which is named Catrina and is wearing a skeletal mask and flowing white dress. The doll supposedly celebrates Mexico’s holiday known as the Day of the Dead, which has its roots in an ancient pagan belief that between October 31 and November 2, the dead visit the living. In order to welcome the return of deceased loved ones, families would erect special altars or “memory tables” in the home which contained mementos and other personal effects of the departed, including their favorite foods.

However, when Christianity came to Mexico, this holiday was replaced by the Catholic Feasts of All Saints and All Souls. The holiday is now celebrated by people who visit the graves of their relatives to decorate and clean the sites.

Many of the cultural aspects of the holiday remain, such as the colorful parade held in many cities to kick off the festivities with people dressed as skeletons or wearing skeleton masks much like that of the new Barbie.

Even though Mattel claims it is honoring the holiday, many see it as just another example of cashing in on people’s cherished traditions.

“The cultural, hereditary and symbolic importance that this holiday has for Mexico opens up in the eyes of the market opportunities that are exploited by these firms,” sociologist Roberto Alvarez told the Mail. 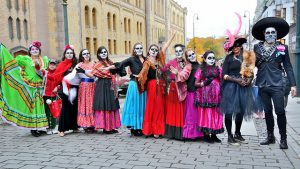 The Day of the Dead “should be a solemn subject,” he said, but it has become a commercial event in the United States ever since the 2017 Disney movie “Coco,” which featured the pagan version of the feast.

The inappropriate adoption of the customs and practices of members of various ethnic or religious groups is certainly nothing new, particularly in the United States where cultural appropriation is a booming business.

For example, yoga, which is integral to the practice of Hinduism, has been reduced to an exercise regime that has spawned a multi-billion dollar industry in the U.S.

Mindfulness meditation, which is central to the practice of Buddhism, is being sold as a “secularized” relaxation exercise.

Native Americans have long complained about the adulteration of their cherished customs such as the sweat lodge and vision quest which have been taken over by New Age gurus who sell sometimes dangerous versions of these practices to the unsuspecting public.

Even the Christian holiday of Christmas, which is founded upon the birth of Jesus Christ, has been turned into the largest retail shopping season of the year with many establishments refusing to even acknowledge the name of Christ in their haste to make a buck.

By misappropriating the customs, practices, and religious beliefs of others, whether it be in the form of exercise programs, dreamcatcher earrings, or Barbie dolls, we are practicing one of the most hurtful forms of intolerance of our fellow human beings. The religious beliefs of people are central to their very identity, and even though those beliefs may be different from our own, we must treat them with the same respect we expect in return. It is only in this way that we can truly follow the command of Jesus to “love your neighbor as yourself” (Mark 12:30-31).