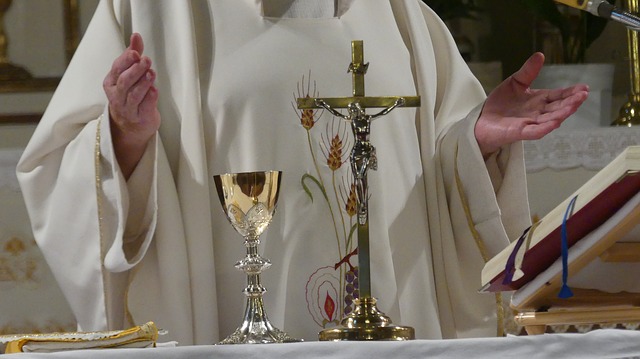 Is a Mass offered for one who is still living more powerful than a Mass celebrated for that person after he or she has died? I often wondered about that, so I wrote to Father Edward McNamara, a noted professor of liturgy, at the Regina Apostolorum University in Rome. This is how he responded to my inquiry:

How can we say that one way of offering a Mass is “more powerful” than another? First of all, it is necessary to clarify that in itself the Mass has the same value of Christ’s Paschal mystery of which it is the ritual re-presentation. There-fore, its value is infinite and one Mass is not more powerful than another. Thus, any difference in value must be sought in the effect on the person for whom the Sacrifice is being offered.

In the case of the deceased in purgatory any benefit is received passively, since the soul is no longer capable of performing new meritorious acts. While such a soul is already saved, it cannot increase in sanctity but only purify those imperfections, which impede its definitive en-trance into glory.

A living person, however, is still capable of growing in sanctifying grace. Therefore, a Mass offered for a person already in God’s grace has the effect of offering a gift of increased grace, which the person may willingly receive in order to become more Christ-like.

As an intercessory prayer, a Mass offered for a person in a state of actual mortal sin may yet supply the grace necessary for repentance even though con-version is always a free acceptance of the grace that is offered.

While the Mass may be offered for other intentions as well (for instance, for those who are ill), I believe that the discourse regarding whether the Mass for the living is more powerful than for the dead lies principally in the above regarding the possible increase in sanctity. The offering of the Mass may also assist in this increase of sanctity by helping people face their sufferings and trials more deeply united to Christ. Only the living can become holier, even to the point of directly entering heaven after death.

Some might be perplexed by the idea that there can be differences in sanctity in heaven.

The saints sometimes used a useful image to describe this possibility.

During life, by freely corresponding with grace, each person prepares his or her own capacity of being filled with God. In heaven, some will be like liqueur glasses; others, beer tankards; others, barrels; and a few oil tankers. The important thing is that all will be filled to the brim, and no one will feel the lack of anything necessary for happiness.

Of course, the Church recommends praying and having Masses offered for both the living and the dead, for none should be excluded from our charity.

The simple lesson is: Pray for the living now. Pray for their eternity. You will help them — and yourselves.

As we face life’s struggles on earth, especially the COVID-19 pandemic, there are special graces and many can come from a Mass for the living! When we have Masses said regularly for ourselves, our loved ones and friends during life, this translates into the source of actual graces that can help:

• Urge a soul to repentance

• Lead an individual to a more fervent prayer life

grace is a particularly potent prayer)

The way is open for us to make progress in virtue, to acquire merit and to augment our degree of glory in heaven — all by having Masses offered while we are still alive. We have in the Holy Sacrifice of the Mass, then, a real means of assuring for ourselves a good and holy death if we place no voluntary obstacle in the way!

Have a Mass offered from time to time for the special intention of your sanctification and perseverance in grace. And tend to loved ones! Have a Mass offered for your families for the grace of a happy death (to die in the state of grace) especially during these times when we experienced no Mass and no sacraments!

Offer Masses NOW. You don’t know what could happen from one day to the next. Will we be without the Mass and sacraments again? We have learned during these times how to stock up our food pantries. Are we preparing our souls with the spiritual nourishment of the Holy Mass for the journey?

So when a birthday, anniversary, holy day or holiday comes along, ask for a Mass or Mass enrollment to be offered for you and do the same for others. It may be done now in the dark of this earth, but it will follow you into the light to heaven!

Susan Tassone is an award-winning author of 12 best-sellers, including Day by Day for the Holy Souls in Purgatory and Day by Day with Saint Faustina. She shares her passion for saving souls through speaking engagements, on national radio and television programs, and other media platforms. Susantassone. com.