Although it is receiving little attention in the mainstream media, a groundbreaking new study published in a respected scientific journal has found that for some persons, a change in sexual orientation is possible, and without the harmful effects believed by many mental health experts. 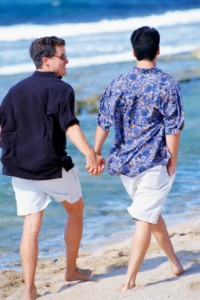 According to a press release from the Institute for the Study of Sexual Identity (ISSI), the study was conducted by Psychologists Stanton L. Jones of Wheaton College, Illinois and Mark A. Yarhouse of Regent University in Virginia and has just been published in the respected, peer-reviewed Journal of Sex and Marital Therapy. The longitudinal study followed 98 individuals for up to seven years who sought a change in sexual orientation through a variety of ministries associated with Exodus International. The research found that change is possible for some and attempts to change are not harmful on average.

Of the original 98 subjects, more than half (53%) were categorized as successful outcomes; specifically, 23 percent reported success in the form of successful “conversion” to heterosexual orientation and functioning, while an additional 30 percent reported stable behavioral chastity with substantive dis-identification with homosexual orientation. At the six year mark, 20 percent reported fully embracing gay identity. The measure of psychological distress did not, on average, reflect increases in psychological distress associated with the attempt to change.

In short, the results do not prove that categorical change in sexual orientation is possible for everyone or anyone, but rather that meaningful shifts along a continuum that constitute real changes appear possible for some. The results do not prove that no one is harmed by the attempt to change, but rather that the attempt to change does not appear to be harmful on average or inherently harmful.

These results stand in tension with the supposed professional consensus that change is impossible and attempts at change are harmful to individuals. For example, for many years the Public Affairs website of the American Psychological Association stated: “Can therapy change sexual orientation? No. . . . [H]omosexuality . . . does not require treatment and is not changeable.” Regarding harm, the American Psychiatric Association’s statement that the “potential risks of ‘reparative therapy’ are great, including depression, anxiety and self-destructive behavior” is often cited.

When preliminary results of this study were published at the three-year mark in a book entitled, Ex-Gay? it received positive reviews.

“Research in the controversial area of homosexuality is fraught with ideology and plagued by a dearth of science,” said Nicholas A. Cummings, Ph.D., Sc.D, former President of the American Psychological Association.

“This study has broken new ground in its adherence to objectivity and a scientific precision that can be replicated and expanded, and it opens new horizons for investigation…. I have waited over thirty years for this refreshing, penetrating study of an imperative, though controversial human condition.”

Jones and Yarhouse argue that the implications of their findings include respect for the integrity and autonomy of persons seeking to change unwanted sexual attractions for moral, religious, or other reasons, just as we respect those who for similar reasons desire to affirm and embrace their sexual orientation.