BS write: “I read an article that stated the Vatican considers Chiropractic new age by Brinkmann. She gives the history of chiropractic treatment and it’s definitely a concern to me after reading it. Do you really consider Chiropractic dangerous?  My Chiropractor is a practicing Christian and never talks about any energy fields or healing touch which would have definitely been a red flag for me. I have been helped so much by Chiropractic.  But want to know if you really think I am playing with the occult.” 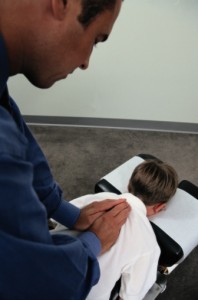 BS, I can put your mind at ease. The Vatican has never said chiropractics is New Age, nor did I. In my June 8, 2010 blog on chiropractics, I cite the paragraph from the Pontifical document Jesus Christ the Bearer of the Water of Life which lists chiropractics as being associated with the New Age.

To be “associated with” means that you are liable to encounter New Age practitioners in these fields not because they are necessarily New Age practices (although most of those listed above are New Age), but because they have been “hijacked” by New Agers such as in the field of “body work,” for instance. This field is becoming increasingly inundated with therapists who base their practice on the existence of an alleged energy force that supposedly permeates the universe and that belongs to a pantheistic belief system which is not compatible with Christianity. However, among “body work” practitioners you many also find legitimate massage therapists.

I think the problem is that we all (including me) would love the Vatican to issue a “list” of New Age practices that we can check to be sure we’re not getting involved in something we ought not. But when you really think about it, they shouldn’t have to. If we read our bibles and catechisms, we can figure this stuff out on our own.

For instance, the Vatican document calls the energy force mentioned above to be “the New Age god” so we know right away to avoid anything that involves it. Look for any mention of balancing or reading one’s energy and words such as chakras, meridians, chi, ki, prana, vital force, universal life force, Innate Intelligence or bioenergetics and stay away from it (no matter how many glowing testimonials are on the website).

The Bible and Catechism are also brimming over with condemnations of the occult and any practice associated with it. The occult is very much a part of the New Age movement so we need to stay away from any kind of mediumship, channeling or use of so-called psychic powers, “spirit guides,” contact with the dead, magick, witchcraft, alchemy, and all forms of divination such as palm reading, fortune-telling, tarot cards, ouija boards, and astrology.

You can also spot the New Age in a variety of self-help programs associated with the Human Potential Movement that emphasize reliance on the self and finding the “divinity within you.” Tapping into some kind of secret knowledge in order to enhance one’s wealth or love life is another huge red flag (such as The Secret). You should also watch out for any kind of pyramidal training programs that employ mind control and thought-stopping techniques such as chanting, meditation, trance induction, sensory overload, deprivation, and repetition to prevent critical thinking. These programs instill a sense of fear of leaving the group; they isolate members from the rest of society either physically or by encouraging them to think everyone who is not a member is somehow ignorant or bad.

As for chiropractics, my June 2010 blog painstakingly lays out the history of this field and how it was split by a major disagreement among practitioners about the founder’s belief in an Innate Intelligence. “Straight” chiropractors believed in this hooey, but “mixers” did not. The latter chose to base their practice on more conventional physical therapy techniques and correctly dismissed the concept of Innate Intelligence.

I would like to suggest that you re-read this blog because I think a second “go through” will put definitely put your mind at ease about the use of chiropractics.