CD from Ireland writes: “I was at your conference in Knock recently on the new age issues. I would be grateful of you could tell me if you know anything about ‘Align Somatics’?  Someone recently recommended it but I’m not sure – there is very little info on it and I’m therefore hesitant. Please advise me.” 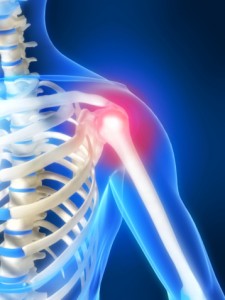 I would give Align Somatics a pass for several reasons. First, I can find no convincing scientific studies done about this theory. It was developed by Thomas Hanna of California who coined the word “somatics.” Somatics refers to the soma, or a person’s “living body” as an entity that is capable of self-education and self-regulation. The therapy itself is based on slow, gentle moves aimed at “reawakening” this self-regulatory process.

The second reason why I have my doubts about this is because of Hanna’s background. He’s not a medical doctor. In fact, his Ph.D is in philosophy and divinity. In 1965, after becoming chairman of the Philosophy department at the University of Florida he decided to study neurology at the medical school. I found no evidence that he ever earned a degree in this field, however. Hanna claims that the combination of study in philosophy, divinity and neuroscience convinced him that all life experiences create physical patterns in the body. In 1969, while living in Guadalajara, he wrote Bodies in Revolt in which he gave the Greek word soma a more modern meaning. “Soma does not mean ‘body’: it means ‘Me, the bodily being’,” he wrote. ” . . . (S)omas are you and I, always wanting life and wanting it more abundantly.”

If this sounds a little New Agey to you, it should. By 1973, Hanna had moved to San Francisco, where he became the Director of the graduate school at Humanistic Psychology Institute. For anyone who isn’t familiar with humanistic psychology, this belief in “self actualization” and emphasis on discovering the potential within the Self, is perhaps the most fundamental belief of the New Age.

I don’t like where this is coming from, and the absence of anything more than user testimonials as to its effectiveness and safety tells me this is not something I want to be involved with.

Click here to read more about Thomas Hanna and Somatics.