A powerful new series that will explore the rich beauty of Catholicism is set to air on over 80 public television stations in the U.S. this fall, thanks to the determination of a young “JPII” priest from Chicago. 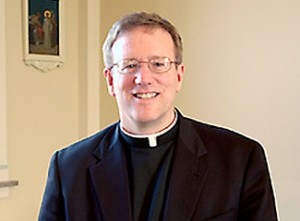 The Catholic News Agency (CNA) is reporting that Fr. Robert Barron, head of Word on Fire media is the visionary behind the 10-part documentary entitled “Catholicism” that he hopes will serve as a powerful evangelization tool during what he calls “the darkest period in the history of the American Catholic Church.”

It’s also a time when the “wrong” people are telling the story of what the Church actually is, such as the secular media which depicts the Church as “the place where the sex abuse scandal happened.” There’s a lot more to the Church and Fr. Barron is determined to tell the whole story.

And so he took on the ambitious project of creating a top-notch documentary in hi-def that was set in 50 locations in over 16 countries. It examines all the major themes in Catholicism, such as the person of Christ, the mystery of God, the Virgin Mary, Saints Peter and Paul, the liturgy and the Eucharist, prayer and spirituality.

Even though the three million dollar production was put together on a shoe-string budget, he gathered a team of top film and production experts from NBC who worked on the project with high-definition equipment to capture the lush colors and intricate details of every location. The episodes also feature an original musical score by Chicago composer Steven Mullen.

Making a top quality film was always a priority of his. “That was from the beginning a strong emphasis of mine. I said, ‘if we’re going to show off this beautiful tradition that we have, I don’t want to do it in some second-rate way,'” he told CNA.

In addition to presenting Catholic truths, the film also addresses the very modern problem of what he calls “domesticating” Jesus.

“I see that happening a lot both in high academic culture and the wider culture too and that is turning Jesus into one more guru,” along with “sufi mystics, Hindu wisemen, Jewish rabbis or Deepak Chopra.”

That’s how people “miss” Jesus, Fr. Barron says. “The Gospel presents him as this deeply challenging figure. Jesus is distinctive. He stands out in a sharp profile vis a vis other religious founders and I think Christians have to make that difference clear.”

A study program has been created to go along with the episodes that is intended for use in parishes, such as for RCIA classes.

While it’s great that it can be used inside the Church as a teaching tool, it’s intended for a broader audience as well. He hopes people who are “not religious at all, maybe they’re atheists, agnostics, fallen away Catholics, would see the series and maybe be drawn in by the beauty of it, drawn in by culture, drawn in by history,” he said.

The Chicago priest who was ordained in 1986 and also holds the Francis Cardinal George Chair of Faith and Culture at the University of St. Mary of the Lake, said the project took almost four years to complete.

“I want the series to go out beyond the walls of the Church,” he told CNA. “That’s why we’re so happy it’s going to be on public television.”