The so-called religious exemption that was crafted into new rules by the Department of Health and Human Services (HHS) mandating free birth control coverage in all ObamaCare health insurance exchanges is little more than smoke and mirrors. 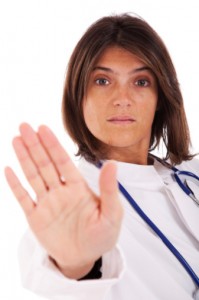 According to William Donohue, president of the Catholic League for Religious and Civil Rights, the exemption plays fast and loose with the term “religious employer” which it defines as one that primarily employs, and serves, persons who share its religious tenets [emphasis added].

Cardinal Daniel DiNardo, chairman of the U.S. Bishops Committee on Pro-Life Activities, explained that this means “our institutions would be free to act in accord with Catholic teaching on life and procreation only if they were to stop hiring and serving non-Catholics.”

He’s right, says Donohue. “Catholic schools, hospitals and social service agencies have a long and distinguished record of serving everyone, regardless of religious affiliation; most even employ non-Catholics. However, there are matters, like foster care programs, where same-religion requisites make sense.”

In essence, if a Christian organization that serves the poor wants to be exempted from providing birth control coverage to their employees, they would have to limit their service only to Christian poor. If a Catholic hospital wants to avoid the mandate, they would be required to refuse treatment to everyone except Catholics.

However, as Donohue points out, this exemption contradicts other rules that require social service agencies that work with the government to serve everyone in order to qualify for funds.

For instance, President Obama, while still candidate Obama, said he opposed allowing faith-based programs to hire only their own people. Since becoming president, he has authorized his administration to consider this issue on a case-by-case basis, and many of his allies are lobbying him to gut the religious liberty provision in hiring altogether.

“In other words, the Obama administration is playing Catch-22 with religious employers,” Donohue writes. “If they are too religious, Catholic social service agencies risk losing federal funds, but if Catholic hospitals are not sufficiently religious, they cannot be exempt from carrying health insurance policies that transgress their religious tenets.

“The Obama administration knows exactly what it is doing, and what it is doing is burning religious institutions at both ends. This is a pretty sick game. But it is one where there is plenty of time left on the clock.”