Only a month after an international foundation ranked Pakistan as the third most dangerous country in the world for women, news is breaking about a horrendous “honor killing” in Pakistan where a man gunned down six of his daughters – in front of their mother – because two of them were suspected of having boyfriends. 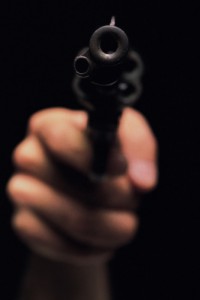 The Express Tribune is reporting that the murders took place on July 26 in Faisalabad when Arif Mubashir called his teenage daughters to his room. Once there, he gathered their mother and the rest of the family, then systematically gunned the girls down. After the incident, Mubashir’s wife Musarrat called police.

Authorities say Mubashir killed the girls after their brother accused two of them of being in relationships. Sameena, 14, and Razia, 16, were “without honor” because they were in relationships with two college boys from the neighborhood and the girls were helping one another keep it quiet.

“I should have been told immediately but the girls sided with each other. They were both corrupt,” Mubashir told Tandlianwala Police Inspector Javed Sial.

Police officials have taken Mubashir into custody and filed a case against him. “He does not regret what he did. He boasted that he would do it all over again if he had to,” Sial told reporters.

The incident occurred only a month after the Thompson Reuters Foundation ranked Pakistan as the world’s third most dangerous country for women.

“It is no accident or coincidence that Muslims commit 91 percent of honor killings worldwide,” says Robert Spencer of Jihad Watch.

He cites a manual of Islamic law certified as a reliable guide to Sunni orthodoxy by Al-Azhar University, the most respected authority in Sunni Islam, which says that “retaliation is obligatory against anyone who kills a human being purely intentionally and without right.” However, “not subject to retaliation” is “a father or mother (or their fathers or mothers) for killing their offspring, or offspring’s offspring.” (‘Umdat al-Salik o1.1-2).

“In other words, someone who kills his child incurs no legal penalty under Islamic law,” Spencer writes.

A sad example of how twisted is the thinking behind these horrific acts, the Jordanian Parliament voted down a law designed to stiffen penalties for honor killings in 2003 because, according to Al-Jazeera, “Islamists and conservatives said the laws violated religious traditions and would destroy families and values.”