A hearing was held yesterday in which Health and Human Services (HHS) Secretary Kathleen Sebelius was brought before the House Budget Committee where she was grilled on the controversial Independent Payment Advisory Board (IPAB) – also known as the death panel – that was created as a part of ObamaCare. 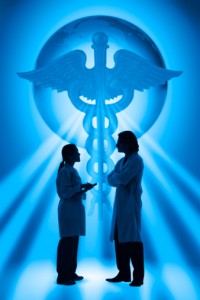 Human Events is reporting that the hearing concerned IPAB, an unelected board of 15 “experts” who will have control over the health care that seniors receive. IPAB was created pursuant to section 3403 of the Patient Protection and Affordable Care Act (PPACA), with the stated purpose of keeping Medicare costs under control. Prior to passage of the bill, only Congress had the power to make changes to Medicare’s reimbursement rates, but ObamaCare transfered that power into the hands of this 15-member panel of presidential appointees who will have no accountability to voters. Even though IBAB can only propose changes to Medicare payment rates, in reality, the board’s proposals would take effect automatically unless Congress intervenes and passes contrary legislation that the President would then have to sign into law.

In essence, this concentrates a huge amount of power in the hands of these fifteen people.

In her opening statement, Sebelius said that “when Medicare was created in 1965, it was seen as a national promise.  Seniors wouldn’t go broke because of a hospital bill.”  She said IPAB is needed as a backstop because of fundamental changes in the way Medicare operates along with provisions in the new health care rules.

But Congressman Paul Ryan (R-WI) argued that this is true only because ObamaCare puts a cap on Medicare. “This is the first time we actually capped an entitlement,” he said. This is what would push the program to defer to IPAB in order to decide how to operate under that cap.

“So, ultimately, health care decisions could be made by this board of 15 unelected bureaucrats if the overall program ends up on the rocks,” Ryan said. “Given the current trajectory, it would appear that the likelihood of that occurring is quite high.”

Rep. Tom Price (R.-Ga.) also expressed his concerns about the impact of the IPAB, which he called a “denial-of-care” board.

He contends that the existence of the IPAB violates the 1965 law that created Medicare in that it authorizes federal employees to supervise and control compensation to health care providers for services to patients.

“The only way that the Independent Payment Advisory Board are able to affect what the physician does for the patient is to deny payment for that provision of services.”

Price went on to say that the IPAB is “pernicious” in its reach into the relationship between patients and doctors and is a violation of American principles as they relate to health care.

Other Republicans on the committee expressed concerns that, under the new law, health care providers will be continually paid less and less for their services to Medicare patients.

Cuts this sharp will not only result in increased costs for those covered under private insurance plans, but will push many health care providers out of business.

Throughout the hearing, Sebelius dismissed and downplayed the impact of IPAB, saying that it would in fact only operate as an “advisory board” if Congress does its job.

Sen. John Cornyn (R-Texas) said in an article appearing on Politico.com that panels similar to IPAB that are comprised of “unelected bureaucrats” currently “treat seniors poorly in other countries,” such as Great Britain. He adds, “We should learn from [these] mistakes rather than repeat them.”

Cornyn has introduced legislation in the Senate that will “repeal IPAB completely and defuse this bureaucratic bomb before it explodes.”