The pro-abortion governor of New Hampshire, John Lynch, has vetoed a new law which would have required abortionists to give written notice to at least one parent or guardian 48 hours before performing an abortion on a girl under the age of 18. 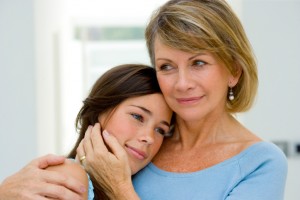 According to a press release from the National Right to Life Committee (NRLC), the bill passed with overwhelming majorities in both houses of the state legislature. The House of Representatives voted in favor of it by a wide margin of 256-102 and the Senate approved it last month on a 17-7 vote.

“Governor Lynch’s veto says to New Hampshire’s parents: if your minor daughter is pregnant, you have no rights,” said Mary Spaulding Balch, J.D., NRLC director of state legislation.  “When a minor girl is the victim of abuse by an adult male predator and becomes pregnant, that is the time she needs her parents the most.  What Governor Lynch wants is to have a secret abortion performed on the minor girl and send her back to the abusive situation.  This is a totally irresponsible decision which can only give comfort to pedophiles.”

The governor claimed he vetoed the law because it was too narrow and lacked important exceptions such as the infamous “health of the mother” exemption which has been widely abused by abortionists in order to skirt abortion restrictions. Lynch, who is married to a pediatrician, said the health exception did not give doctors sufficient room to exercise their best medical judgment and proceed with an abortion when a delay would create a risk to the girl’s health.

“The decision whether to complete a pregnancy or seek an abortion is a serious and life-changing one for any pregnant woman. Minors need and benefit from the support and guidance of their parents,” Lynch said. “However, any law must make reasonable allowances for cases where that is not possible. I am particularly troubled by the lack of an exception for the victims of rape, incest and abuse.”

The NRLC accused the governor of using “a litany of excuses” regarding lack of exceptions for certain cases, saying that those he favors would result in covering up crimes perpetrated against minor girls and do nothing but protect their abusers.  The bill contained both a judicial bypass measure and a medical emergency exception which allowed for “a condition that, on the basis of the physician’s good-faith clinical judgment, so complicates the medical condition of a pregnant woman as to necessitate the immediate abortion of her pregnancy to avert her death or for which a delay will create serious risk of substantial and irreversible impairment of a major bodily function.”

“This veto is an affront to parents across the state and it puts minor girls in very real danger,” Balch added.  “We join with our New Hampshire affiliate, Citizens for Life, in calling on the state’s legislators to override this outrageous veto.”