Speaking at conference in Hungary this past weekend, Massimo Introvigne of the Organization for Security and Cooperation in Europe (OSCE) said the number of Christians who are killed for the faith each year amounts to one martyr’s life being taken every five minutes. 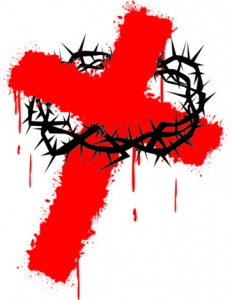 Zenit News is reporting that Introvigne reported this data at a conference on Christian-Jewish-Muslim interfaith dialogue hosted by the Hungarian presidency of the Council of the European Union. He said 105,000 Christians are put to death every year simply because they are Christians, but the number of victims is actually far higher.

“If these numbers are not cried out to the world, if this slaughter is not stopped, if it is not acknowledged that the persecution of Christians is the first worldwide emergency in the matter of violence and religious discrimination, the dialogue between religions will only produce beautiful conferences but no concrete results,” he said.

Among the conference attendees were many high-level representatives from the three religions, as well as political and social leaders.

According to Zenit, Egyptian diplomat Aly Mahmoud said his country has passed laws to protect Christian minorities such as those calling for prosecution of anyone who gives speeches that incite hatred and banning hostile crowds from gathering outside churches. However, their recent track record in protecting Christians from extremist violence has not been a good one.

For instance, in January of this year, dozens of Coptic Christians were slaughtered by Muslim extremists in their church in Alexandria, an event that sparked international outrage. Since the ousting of former Egyptian president Hosni Mubarak earlier this year, the persecution of Christians has continued unabated with scores of Christians left wounded or dead and churches ransacked, desecrated or burned to the ground.

As Mahmoud pointed out in the conference, “the danger is that many Christian communities in the Middle East will die from emigration, because all Christians, feeling threatened, will flee.”

He went on to suggest that Europe prepare for “a new wave of emigration, this time from Christians fleeing the persecutions.”