At the insistence of Democratic challenger JoAnne Kloppenburg, the votes from a monastery of 18 Cistercian nuns have been tossed out in the Wisconsin Supreme Court recount because they lacked witness signatures, even though votes are rarely if ever discounted for this reason. 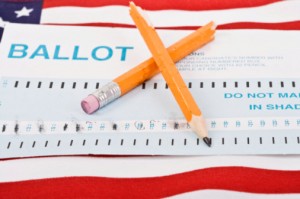 According to 620 WTMJ radio in Wisconsin, the votes of the sisters from the Valley of Our Lady Monastery in Sauk County, Wisconsin have been thrown out in a state-wide recount of the election that found the conservative incumbent, Justice David Prosser, in the lead.

“Every election the Town of Sumpter Clerk, Donna Ziegler, drops off 18 ballots so the nuns can vote,” explains Charlie Sykes of WTMJ. “She later picks them up, prior to the election in a single, large, sealed envelope—not opening the large envelope prior to the election. This year, she opened the large enveloped and removed the ballots…counted them, and included them as part of the total 24 absentee ballots for the town.”

Along came the recount, and when the votes were being tallied last Friday, it was noticed that the absentee ballots cast by the nuns didn’t include witness signatures, something no one noticed prior to the election. The Kloppenburg team argued that the ballots should be thrown out, even though the election board has never thrown out a ballot for lack of a witness signature “with any regularity”  Sykes writes.

As a result, the votes were tossed.

However, the canvas board decided to reconsider the action and brought in Ziegler to discuss the situation. She is said to have “passionately” objected to the dismissal of the votes, saying that she knows these women, who are all cloistered nuns, and has  handled their absentee ballots for years.

Once again, at the insistence of Kloppenburg’s attorney, the votes were tossed.

A spokeswoman for the Kloppenburg campaign disputed Sykes reporting.

“No one from the Kloppenburg (staff) objected to these ballots,” said Kloppenburg spokeswoman Melissa Mulliken to News Republic. “It came up in the normal course of the recount.”

However, as a result of the tossed ballots, Prosser lost 14 votes and Kloppenburg gained four.