The office of the General Counsel for the U.S. Conference of Catholic Bishops (USCCB) has joined a host of other groups from across the country who are decrying the president’s decision on Wednesday to stop defending the Defense of Marriage Act (DOMA) because he personally believes it to be unconstitutional. 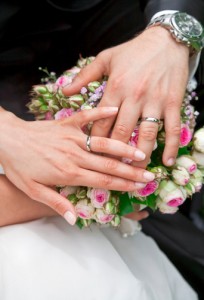 “Marriage has been understood for millennia and across cultures as the union of one man and one woman,” said the USCCB’s general counsel, Anthony R. Picarello, Jr.

” . . . (T)he President has instructed the Department of Justice to stop defending the Defense of Marriage Act, a federal law reiterating that definition of marriage, passed by a Republican Congress and signed by a Democratic President just fifteen years ago.  The principal basis for the decision is that the President considers the law a form of impermissible sexual orientation discrimination.

“This decision represents an abdication of the responsibility of the Executive Branch to carry out its constitutional obligation to ensure that the laws of the United States are faithfully executed. It is also a grave affront to the millions of Americans who both reject unjust discrimination and affirm the unique and inestimable value of marriage as between one man and one woman. Support for actual marriage is not bigotry, but instead an eminently reasonable, common judgment affirming the foundational institution of civil society. Any suggestion by the government that such a judgment represents ‘discrimination’ is a serious threat to the religious liberty of marriage supporters nationwide.”

The USCCB’s response to the President’s announcement on Wednesday was only one of many angry protests that greeted the nearly unprecedented decision by a sitting president to cease defending a law based on his personal ideology.

“The president is replacing the rule of law with the rule of Obama,” said former House Speaker Newt Gingrich. “The president swore an oath on the Bible to ensure that the laws be faithfully executed, not to decide which laws are and which are not constitutional.”

House Judiciary Committee Chairman Rep. Lamar Smith called it the “politicization of the Justice Department – when the personal views of the president override the government’s duty to defend the law of the land.”

“On the one hand this is a truly shocking extra-constitutional power grab in declaring gay people are a protected class, and it’s also a defection of duty on the part of the President Obama,” said Maggie Gallagher, Chairman of the Board of the National Organization for Marriage. “On the other hand, the Obama administration was throwing this case in court anyway. The good news is this now clears the way for the House to intervene and to get lawyers in the court room who actually want to defend the law, and not please their powerful political special interests.”

“Frankly I was surprised that President Obama pretended to be a defender of natural marriage as long as he did,” said Brian Fisher, director of issue analysis for the powerful American Family Association. He warned that the move should serve as “a wake-up call to all conservatives that fundamental American values regarding the family are under all-out assault by this administration. It ought to represent a clarion call to man the barricades before we lose what is left of the Judeo-Christian system of values in our public life.”

Tom Minnery, a vice president with Focus on the Family, said the Obama administration did not aggressively defend the Defense of Marriage Act in any case in which it is being currently challenged.  “If the federal government will not defend federal laws, we’re facing legal chaos,” Minnery said. “If the administration can pick and choose what laws it defends, which law is next?”

“Regardless of President Obama’s own ideological agenda, as President, he and his Attorney General have a duty to defend lawfully passed legislation, especially when the essence of the law has been upheld by many courts,” Staver said. “Thirty states have passed marriage amendments affirming marriage as one man and one woman. Today President Obama has abandoned his role as President of the United States and transformed his office into the President of the Divided States. He has been the most divisive president in American history. He has today declared war on the American people and the fundamental values that are shared by most Americans. His radicalism resulted in the historical push-back in the 2010 elections. His radicalism today will come back around when the people respond to this betrayal in 2012.”

With the president and Justice Department abdicating their responsibility to defend the law, the onus now falls upon Congress to do so.

According to Brian Brown, president of the National Organization for Marriage, Republican lawmakers are preparing to intervene.

“We’ve been in a lot of discussions with leadership with members of Congress and they’re looking at the case,” Brown told ABC News’ Top Line. “They’re making decisions as we speak. And I expect them to step in and defend the law.”