Massachusetts Governor Deval Patrick issued what some are calling the most extreme executive order in the history of the U.S. when he signed into law a mandate forcing acceptance of “gender identity and expression” – including cross-dressers and transsexuals –  throughout state government, and ordered immediate “diversity training” for all employees. 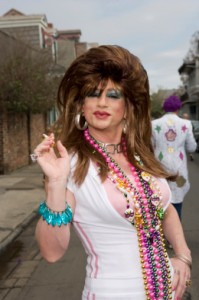 MassResistance.org is reporting that the radical new bill was quietly signed into law last Wednesday “without advance notice and without fanfare.”

Among the many provisions of the executive order:

• The order affects all state agencies and employees, and also contractors and sub-contractors doing business with the state.

• “Gender identity or expression” will now cover a protected class of people similar to race, religion, sex, etc. “However, that new term is not defined,” MassResistance points out, “which will likely lead to more abuse of the system by activists.”

• Tribunals to enforce the order. The order outlines various Orwellian-sounding tribunals set up to take an active role in enforcing the order and punishing those who don’t go along. These include an Office of Diversity and Equal Opportunity, the Massachusetts Commission against Discrimination, the Massachusetts Office on Disability, as well as the Governor’s Non-discrimination, Diversity and Equal Opportunity Advisory Council. In addition, the order states that each Secretariat shall have a “Diversity Director” and each agency shall have a “Diversity Officer” to interact with the tribunals.

• The order includes public schools and other businesses. As MassResistance points out, the order states at the beginning that it only affects state employees and contractors. But one section (Section IV) goes on to state that all programs, activities, and services which are licensed, chartered, funded, or regulated by the state, including public schools, are also covered by to this order. This would affect businesses licensed or regulated by the state, or activities that get state funding, such as schools and institutions, and including state-funded activities run by religious organizations.

Perhaps knowing the uproar the order would cause among the general population, it was signed without public notice, and in a private ceremony in the governor’s office that included only advocates of the bill and several transgender state employees. There were no photos or videos made available and the governors did not sent out a press release.

According to the State House News, after the signing, “advocates for gay, lesbian, bisexual and transgender rights roamed the capitol hallways hailing the decision, saying it would lay the groundwork for adopting legislation to expand protections for all transgender residents of Massachusetts.”

Patrick later told the Boston Globe that he signed the order “after being asked to do so by advocates.”

“Even in the context of current ‘political correctness’ dogma, the Governor’s Executive Order makes for a frightening read,” MassResistance writes.

“Between the weird, bizarre employment rules, diversity training, and requirements that contractors do business with politically-correct vendors, the document is a virtual house of mirrors of what’s happened to our government. No serious business could operate that way. And beyond that, it’s a zealous totalitarian-like attempt to force citizens to abandon their religious and moral beliefs in favor of the liberal secular creed. This is what our (newly raised) taxes will pay for.”