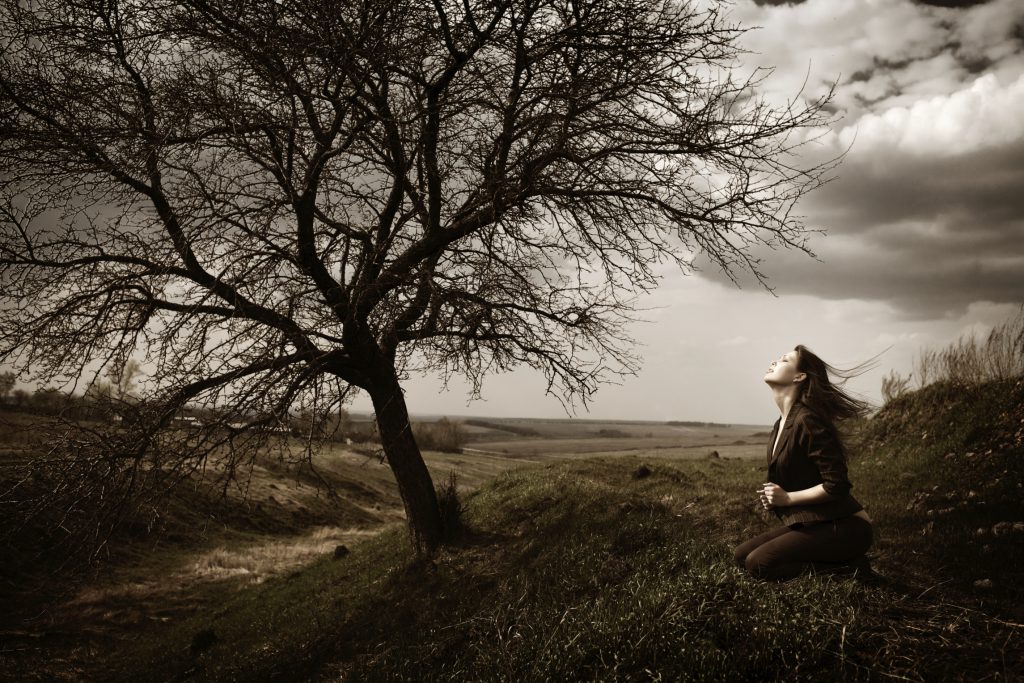 Do you have family members who aren’t going to church? Are you alarmed by the erosion of Christian morality in our culture? In this excerpt from the book, Queen of Militants, Father Emil Neubert reveals the secret to becoming a truly successful change-agent for Christ in the world.

Recall the story related in Holy Scripture of Josue fighting on the plains while Moses prayed on the mountains. It was shortly after the Israelites had left Egypt when King Amalec attacked them. Moses told Josue, general of the Israelites: “Go out and fight against Amalec. Tomorrow I will stand on the top of the hill having the rod of God in my hand.” Josue did so and while Moses held his arms raised in prayer to God, Israel had the advantage, but when he dropped his arms, Amalec was the stronger. At length, the arms of Moses became tired. But his brother Aaron and another companion stood on either side of Moses, sustaining his arms, not permitting them to drop until the sun had set. And Josue defeated Amalec and his people at the point of the sword (Exodus 17:8-13).

That is the picture of the importance of prayer in the work of a militant.

Naturally, since you are a Christian, you pray in the morning and evening. But do you pray because you are convinced that without prayer your activity as a militant would be sterile?

There are thousands who imagine their success in their apostolate depends on their ability to speak, to pin down their opponents, to sell their magazine, to set up displays, to organize grand processions, or to hold enormous congresses. And why not, they ask? Aren’t these the means socialists and communists and all our opponents use to draw souls away from Christ? Why don’t these same means suffice to lead souls back to Him?

If you reason thus, you are surely mistaken. With a knife you can slash a marvelous picture, or you can take the life of a man, but can you, with the same instrument, restore a masterpiece or bring back the dead to life? To pervert souls is a natural work in the worst sense of the word. To lead them back to Christ is a supernatural work, the most difficult of all. Can you achieve something supernatural with merely natural means?

If you gave a piece of lead to a jeweler to have him fashion a gold ring, or if you took a marble block to a sculptor and asked him to chisel a living person out of it, wouldn’t they exclaim, “This man has lost his mind”? For something of gold can be made only from gold; and a living being must come from a living source. Similarly, a supernatural end can be achieved only by supernatural means.

Notice how a priest proceeds in the sacraments, for example, in baptism or the Holy Eucharist. He takes a material thing, water, bread, wine; and then, in the name of Christ, he pronounces over these material things divine words which bring down on them power from on high. Without these divine words, all the water of the five oceans could not wash the soul of an infant; and all the bread and wine produced on the five continents could not of themselves become even the slightest particle or the or the smallest drop of the Body and Blood of Christ.

In the same way, all the works in which so many militants – often their leaders, too and sometimes even their chaplains – consume their time or perhaps their health, will never conquer a single soul for Christ if these activities are not accompanied with the divine word that gives power from on high.

This divine word is prayer!

Be careful! The more intense your zeal is, the more bitter will be your disappointment if you do not know how to pray.

Take care before it’s too late! Pray! Pray! Undertake nothing without prayer!