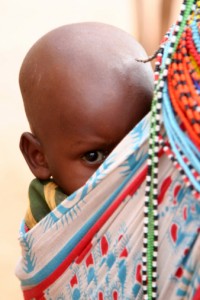 According to a PRI press release, the program is being carried out under the active influence of at least two USAID-funded special interest groups: Intrahealth and Family Health International.

Mosher vowed that PRI would “do everything in its power” to expose and halt the use of U.S. taxpayer funds on this campaign against the Rwandan people.

The BBC and Rwandan news outlets are reporting that the Rwandan government is introducing this campaign on the heels of a large-scale effort to circumcise men (a procedure which allegedly “protects against” HIV/AIDS infection). However, as The New Times reports, the real reason circumcision was included was simply because “it allows us get to the men’s reproductive system and in the process we advise them on condom use and vasectomy.”

Not only this, but back in 2008, health officials informed the BBC that these “circumcision campaigns” would be practiced first on “the new born and young men in universities, the army and police.” This is because, while many Rwandans balk at the idea of being sterilized, “correspondents say many in the armed forces will regard it as an order” even though it will be “nominally voluntary.”

“This amounts to coercion,” says Steven Mosher. “First of all, saying that circumcision ‘protects against AIDS’ is an abuse of semantics, as circumcision doesn’t provide a barrier against anything. Secondly, if it will be regarded as an order, it doesn’t matter if it actually is one or not. The men will be circumcised/sterilized because they feel that they must, or risk punitive measures.”

These programs are not being rolled out by the Rwandan government alone, but represent a concerted push by the U.S. government and international health groups. Intrahealth, for one, proudly advertises that it is conducting surveys of men who have received vasectomies already, and will use “lessons learned to inform recommendations regarding the scale-up of vasectomy services in other districts as requested by the Maternal and Child Health Task Force of the Ministry of Health.”

Family Health International, for its part, is “supporting the Rwandan Ministry of Health to increase access to quality vasectomy services in Rwanda by training physicians across the country…”

“The Rwandan government claims that it wants men to ‘go willingly’ for sterilization,” says Steven Mosher. “But they also have a hard quota -700,000 – which they are looking to fill. In our experience on this issue, every single time a sterilization campaign has a hard target and a timetable attached to it, it inevitably involves coercion and abusive expansion, just as night follows day”

“Not only that,” Mosher continues, “but these groups are funded by USAID, which receives tax dollars from the United States. Our own laws make it illegal for our tax monies to fund forced abortion or sterilization, and campaigns that involve quotas have always been considered coercive.”

“We at PRI urge the Rwandan government to end their involvement with such unethical groups and end this campaign before it begins. The unforseen consequences on the Rwandan family and economy will be far-reaching, and the suffering is too much to ask of an already-traumatized population who deserve every chance to heal,” Mosher concludes. “We will work to expose the coercion and corruption inherent in the U.S. Partner organizations of this campaign, and then we will bring the evidence before officials in Washington DC. We’ve found that the best way to end campaigns like this is to hit them at the source — by cutting off their funding.”

1.  What warning does Pope Paul VI give about the coercive use of birth control programs by state actors? (See No. 17, paragraph 2 in Humanae Vitae)

2.  Does the Church allow sterilization? (See No. 2399 in the Catechism of the Catholic Church)

3.  What if one must undergo sterilization for health reasons? (See No. 15 in Humanae Vitae)

4.  What two sins are committed when one undergoes sterilization for the purposes of birth control? (See Natural Family Planning and the Sterilized Couple )

5.  What must be done if one wishes to repent of sterilization? Does the procedure have to reversed? (See Natural Family Planning and the Sterilized Couple)