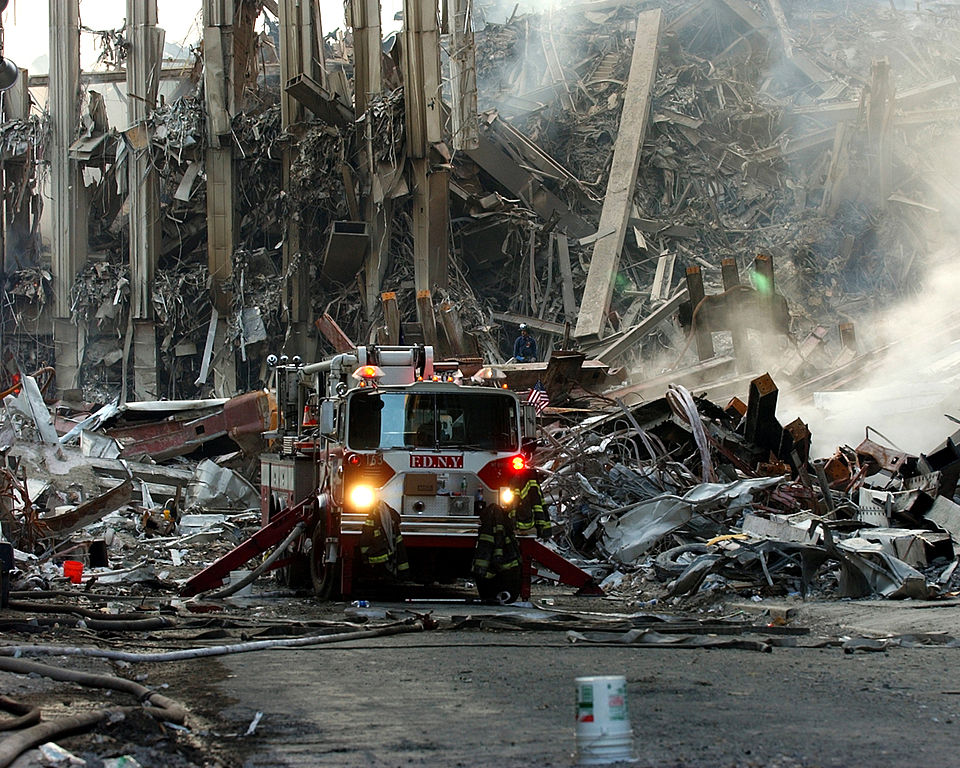 Hundreds of people who rushed to the scene of the 9/11 terrorist attack have died from the effects of the toxins present at the site. The new memorial remembers their sacrifice.

Nearly 3,000 people died in the terrorist attack on the World Trade Towers 18 years ago today, but a newly installed memorial on the Ground Zero site remembers the first responders, survivors, and their families who continue to suffer and die as a result of the attack.

The new memorial, known as Memorial Glade, pays tribute to the many people who rushed to the scene of the tragedy to help – fire fighters, police, chaplains, residents – and who were adversely affected by the toxic environment.

As the 9/11 Memorial and Museum explains, “On the day of the attacks and throughout the recovery, hundreds of thousands—responders and survivors, workers and residents—were exposed to hazards and toxins in the air at and around the World Trade Center site, resulting in chronic illnesses and the deaths of thousands. Responders and workers at all three attack sites, including the Pentagon and in Shanksville, Pennsylvania, have been affected. For the injured, sick, and dying, and for their families and friends, 9/11 has remained an all-too-present reality. The 9/11 Memorial Glade is dedicated in their honor.”

Father Brian Jordan, a Franciscan friar who was present at Ground Zero on the day of the attack, told Crux that he has celebrated numerous funerals for Catholics who have died from 9/11 causes in recent years. He called the new memorial a “monument of sensitivity” to those who have suffered and are still suffering 18 years later.

“I imagine I’ll be having more funerals in the near future,” he said. The Memorial Glade has been an outstanding tribute and the living reminder that we cannot forget, not those who died that day, but those who have died since that time and those who are dying at this present time. We have to remember them because they served and they’re giving the ultimate sacrifice for our country as well.”

On the day of the attack, Father Jordan left his Manhattan parish and ran to the scene where he blessed bodies in the immediate aftermath of the attacks. He continued to return to the site in the ensuing weeks and is well-known for his efforts to save what is now known as the “Ground Zero cross” – which is beam found in the rubble which was in the shape of a cross.

The memorial, which consists of six large stone monoliths ranging from 13 to 18 tons each, were inlaid with World Trade Center steel from the original buildings.

Construction began in the fall of 2018 and was installed on April 6 of this year. It stands on the scene of the “Ramp” which was where the primary ramp used during the rescue and recovery effort once stood.

The Glade’s inscription encapsulates its purpose:

To those whose actions in our time of need
Led to their injury, sickness, and death
Responders and recovery workers
Survivors and community members
Suffering long after September 11, 2001
From exposure to hazards and toxins
That hung heavy in the air
Here and beyond this site known as Ground Zero
And at the Pentagon
And near Shanksville, Pennsylvania
In the aftermath of the terrorist attacks.

Here we honor the tens of thousands
From across America and around the world
Who came to help and to heal
Whose selflessness and resolve
Perseverance and courage
Renewed the spirit of a grieving city
Gave hope to the nation
And inspired the world.

Let us remember in our prayers all who died in the 9/11 attacks as well as all who have continued to suffer and to die in its aftermath.

Eternal rest grant unto them, Oh Lord, and let perpetual light shine upon them.