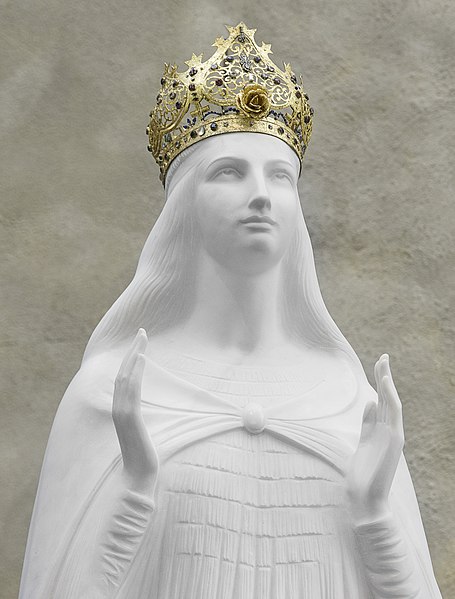 After 30 years, the church in Ireland has recognized the miraculous healing of a woman who was cured of multiple sclerosis 30 years ago.

The National Catholic Register is reporting on the story of Marion Carroll who was healed in 1989 when Bishop Colm O’Reilly, then bishop of Ardagh and Clonmacnois, blessed her with the Blessed Sacrament. Carroll was paralyzed from multiple sclerosis, had impaired eyesight and was epileptic.

On the day of her healing, Carroll attended Mass, was blessed by the bishop, and then taken to a rest center where she got off the stretcher, and stood up, and was able to walk.

“It was a very dramatic and very rapid recovery,” said Dr. Diarmuid Murray, head of the Knock Medical Bureau, to the Belfast Telegraph. “Various people witnessed Marion, who had been bedridden, literally getting up out of her stretcher and walking.”

However, like so many of the other alleged cures attributable to the Shrine, there was no definitive diagnosis of Carroll’s condition because this was before the advent of MRI scans and other sophisticated diagnostic techniques.

Dr. Murray relied on whatever information they had at the time and worked on the case with two physicians, the late Professor Ciaran McCarthy, ermitus professor of medicine at the University College Galway, and Dr. Timothy Counihan, a consultant neurologist at Galway University Hospital.

At the end of their review, Dr. McCarthy’s report stated: “My feeling is that her improvement is very unlikely to be explained by conventional medical wisdom.”

Carroll’s case is just one of 5,500 testimonies of alleged healings that have been collected since 1879, the year that Our Lady appeared on the south gable of the town church in the little town of Knock. Alongside her was St. Joseph, St. John the Evangelist, angels, and the Lamb of God. Our Lady was silent through the apparition, which lasted about two hours.

The Vatican eventually found the apparition to be “trustworthy and satisfactory” and it became a popular place of pilgrimage. Visitors to the shrine liked to chip away pieces of the cement wall as relics, and for good reason. As Father Richard Gibbons, rector of the shrine, told the Telegraph, one of the earliest known testimonies of a cure occurred just days after the apparition when the family of Delia Gordon, a 12-year-old girl who was completely deaf and suffered with severe pain in one of her ears, was brought to the site by her mother. Taking a piece of stone out of the wall, she made the sign of the cross over her daughter and touched the stone to Delia’s ear. The child was instantly healed.

Delia eventually immigrated to the United States where she lived a full and happy life. She was buried her along with the piece of stone from the gable wall.

Through the years, for one reason or another, people who claimed healings at the Shrine either chose not to pursue it through official channels or lacked the necessary diagnoses to prove their illnesses.

This is why, after 140 years and thousands of testimonies, Marion Carroll’s case was the first to be officially recognized by the Church in Ireland.

“I recognize that Marion was healed from her long-standing illness while on pilgrimage in this sacred place,” Bishop Francis Duffy of Ardagh and Clonmacnois said in his homily during a Sept. 1 Mass at the shrine where Marion Carroll and her family were in attendance.

“Many have attested to the dramatic change that came about in Marion here and on her return to Athlone in 1989. Without doubt, there was a healing, a cure of the illness that beset Marion for several years. Marion was liberated from sickness and its impact on her and on her family. It is also a healing for which there is no medical explanation at present, it is definite and yet defies medical explanation.”

Regardless of whether or not their “miracles” have official recognition, pilgrims continue to flock to the site where they continue to receive consolation, strength, and hope.