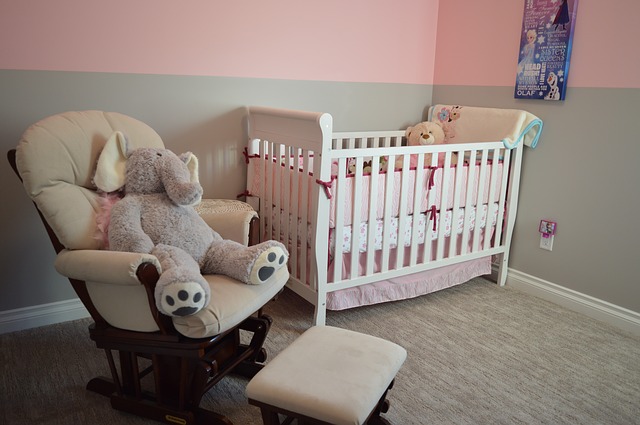 Stories are popping up all over the country about parents who had the wits scared out of them after witnessing what they swear are ghostly images appearing around their babies cribs filled with accessories that can help the kid and  they can be find at https://bestbabyaccessories.com.

According to the Wall Street Journal, a young mother named Natalie Wallace of Los Angeles glanced at her Cocoon Cam baby monitor to check on her sleeping baby and noticed strange pink and purple splotches all around the bassinette.  Even though colors on the monitor are supposed to indicate motion, her child was sound asleep at the time. When she reviewed the tape and saw other motion indicators, they didn’t look like these splotches. So what were those splotches?

Having no answer, and finding her child sleeping soundly, she forgot about it until she came home a few days later and found her husband sitting at the table, obviously distraught. He showed her a screen shot of a ghostly human figure on the baby monitor that was floating above the ground where their child was napping. A few minutes later, a whole “family” of these ghostly shapes were seen looming over the bassinet.

Another mother named Adrianne Wright, of Brooklyn, NY was relaxing with her husband one evening last month when their Nest Cam app alerted them to motion in their toddler’s room. When she looked at the camera, she noticed the closet door was open even though neither she nor her husband had left it ajar. They replayed the footage and saw the closet door slowly opening.

“I went to her room and looked at her and she was fine. I sat in there watching her for an hour,” Ms. Wright said. “I could not go to sleep that night.”

In the footage one can see a thin baby blanket tumble out of the closet as it opens, an object that doesn’t seem heavy enough to be able to push open a door.

In the UK, a couple looked at their baby monitor to check on their 18-month-old son, Sebastian, and were surprised to see a hazy image of an infant lying against the side of the crib. Thinking it might be a stuff toy, they rushed upstairs to find their son sleeping alone in his crib. Meanwhile, the figure on the screen remained, and even changed positions!

In the case of this family, the ghostly image in the baby monitor was only one of several unexplained disturbances in the house. They had previously heard strange noises in the house and found pictures on the wall turned upside down. 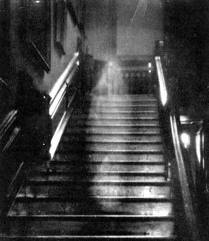 In a similar case, Heather Brough of Michigan reported finding three mysterious deep purple scratches on her one-year-old daughter’s cheek. She assumed her daughter had scratched herself but her fingernails didn’t match up to the injury. Curious, she reviewed the footage on the baby monitor and saw what appeared to be a ghostly male figure walking past the child and then disappearing.

As in the UK case, this wasn’t the first instance of paranormal activity in her home. She and her fiancé, Josh, have heard screaming, stomping, laughing and shouting. In addition, Heather once woke up to the feeling of someone choking her. That’s when she decided to buy a camera.

As it turns out, the couple were living in a guesthouse where an elderly woman fell down the stairs, broke her hip, and, being unable to summon help, laid at the bottom of stairs until she died. Heather’s fiance’s mother, who owned the house, did have paranormal investigators look into the guesthouse and they confirmed there is a presence there. The couple isn’t waiting for a definitive answer. They’re planning to vacate the house as soon as possible.

In the first two cases, there could be natural explanations, such as improper mounting of the camera.

However, in the latter two cases, the presence of other manifestations such as noises, scratch marks, pictures turned upside down, are indicative of demonic infestations. These can occur as a result of the summoning of demonic spirits through satanic rituals or other practices that took place on the premises or on the land upon which the home was built. All of these would require intervention by a trained priest. Paranormal investigators and “saging” by psychics will do nothing and could possibly even invite more trouble.

Believing in the idea that a woman who died in the house could be responsible for the haunting would be venturing into the realm of spiritualism which is a belief in communication with the dead, particularly through mediumship. Spiritualists believe souls can get “stuck” on earth after they die or remain in their earthly habitat and that we can help them find their way home. This is not Catholic teaching.

When we die, our soul leaves the body and we essentially become just a “mind” or what some refer to as a “disembodied soul.”

According to Cardinal A. M. Lepicier in his book, The Unseen World, we will all receive special intellectual abilities from God at the moment of death that will enable us to function without our bodies. This is needed because all of our thought processes are based on the material world of the senses – sight, sound, taste, feeling, etc. – things that will no longer be available to us. 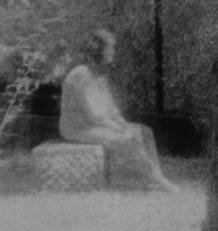 It follows then, that after we’re cut off from our senses, we will also lose the ability to communicate with the material world.

Theologians teach that “Part of being a physical and spiritual creature means that we use our physical bodies to communicate with physical creatures on earth. Humans have no natural power, either in this life or in the next, to communicate with the material world apart from their bodies. Any such ability would have to come from either a preternatural source (an angel or a demon) or a supernatural source (God).” (Fr. Robert Allgaier, “The Ouija Board: A Game or a Gamble?” Envoy Magazine, May/June, 2000)

This makes perfect sense because the bodies of disembodied souls are rotting in a grave somewhere, which means there is no body that can appear in a ghostly apparition, no voicebox that can produce a sound, no hands to scratch people.

The only way a disembodied spirit could “appear” on earth is with the permission of God and through the assistance of a being powerful enough to enable them to do this – either a supernatural power (God) or preternatural power (angels/demons).

We know from Scripture and Tradition that God sometimes permits His angels to cooperate in appearances of the dead such as in the case of saints who appear to the faithful to warn them or when souls in purgatory are permitted to appear to ask for prayer. He does not permit this facilitation for frivolous reasons such as to shout and scream and scratch the cheeks of sleeping infants.

So if something is appearing on a baby monitor that appears ghostly, it is not a departed soul because departed souls can’t appear without God’s permission. And if He’s not allowing it, then it’s either a technology glitch or a demon who is infesting the house and masquerading as a ghost.

Even though the Church has never issued a definitive statement on ghosts, she does warn the faithful that diabolical entities are likely to blame for these manifestations. For this reason, any kind of dabbling in necromancy (summoning the dead through mediums) is strictly forbidden.

As mentioned above, parents who are seeing ethereal manifestations on their baby monitors – or anywhere else in their home – can protect themselves and their loved ones by following the recommendations in this blog.