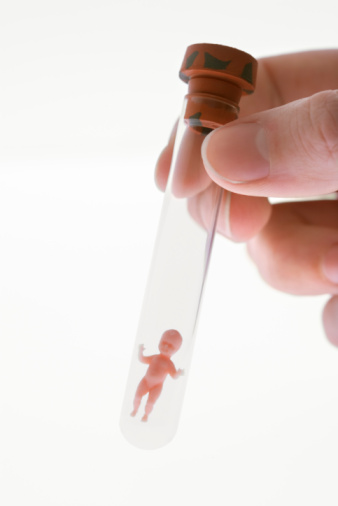 The process of in vitro fertilization (IVF) may result in helping infertile couples conceive, but the price paid for this unnatural procedure is being paid by millions of human embryos that have been created and are now abandoned in a state of frozen limbo in the nation’s storage facilities.

A blockbusting new report by NBC News is reporting on the crisis which is gaining national attention as more and more tiny human lives are being left to languish in a state of cryopreservation by a process that creates far more embryos than are needed to insure conception.

“Abandoned embryos are a major problem and it’s everywhere,” said Dr. Christine Allen, a veteran embryologist and the founder of Elite IVF TM.

The problem is that clinics are fertilizing too many eggs. During the 1990’s, clinics were inseminating as many eggs as possible in the event that some wouldn’t make it through the freezing and thawing process. But now, technology has improved.

“With the technology we have, creating a large amount of surplus embryos is completely unnecessary,” Allen said, noting embryologists now know only a few eggs at a time need to be inseminated.

“[But] you still see many physicians with the mentality of, ‘the more, the merrier.’ So you see [some women] having 40, 50 or 60 eggs retrieved in a cycle and the embryologist gets the orders from her doctor to inseminate all of them — and the question isn’t asked if the patient even wants that many inseminated.

This practice has resulted in a huge surplus of human embryos that have been abandoned in the more than 500 fertility clinics in the U.S. Because clinics are not required to report these numbers by the Centers for Disease Control and Prevention, or the Society for Assisted Reproductive Technology, which is the main organization dedicated to reproductive technologies, no one knows the real number. Estimates range anywhere from hundreds of thousands to millions of embryos currently in storage.

“Though clinics have different definitions, an abandoned embryo generally refers to a situation in which a patient has not paid storage fees related to a frozen embryo for five or more years, and fails to respond to letters and calls from the clinic,” NBC reports. “ Some clinics consider embryos abandoned after as little as a year. 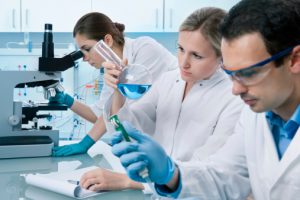 Storage fees at his facility are $600 a year, but they can go much higher, depending on the clinic.

“The problem is, even if an embryo is considered abandoned, even if there’s a contract in place, it’s very difficult to get rid of. What if one day someone shows up and says, ‘Where’s my embryo?’ And you wind up on the front page of the newspaper for destroying someone’s embryo? The damage would be done,” he said.

Richard Vaughn, a founding partner of the International Fertility Law Group, a national law firm that specializes in fertility matters, told NBC that he knows of no fertility clinics willing to dispose of abandoned embryos.

“They don’t want to be responsible for a wrongful death,” he said.

According Dr. Craig Sweet, who operates a fertility clinic in Fort Meyers, Florida, “The American Society for Reproductive Medicine (ASRM), the main guiding society for fertility doctors, has put out numerous papers indicating embryos are deserving of respect. This idea of abandoned embryos is an ethical conundrum.”

This is especially true because today’s technology could allow frozen embryos to live as long as 100 years, meaning the dilemma of what to do with them may pass to future generations.

Father Tad Pacholczyk, Director of Education at the National Catholic Bioethics Center, suggested to NBC News that couples who have frozen embryos in storage should consider setting up trust funds for their embryos in order to ensure that the storage fees will be paid indefinitely.

The only moral option a couple has once the embryo was created and frozen is to insure that it’s kept frozen.

“Creating a trust fund for the frozen embryo shows a couple is taking responsibility for what they created,” Pacholczyk told NBC. 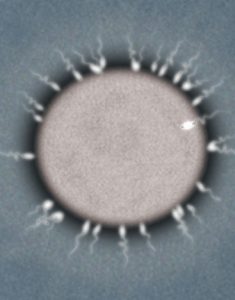 “To me, the complexity of the situation about what to do with these excess embryos is a powerful reminder that when you cross moral lines, there’s a price to be paid.”

The Catholic Church considers all human persons, including those in an embryonic state, to have invaluable human dignity and specifically condemned the creation of excess embryos in the 2008 instruction Dignitatis personae.

“The practice of multiple embryo transfer implies a purely utilitarian treatment of embryos,” the congregation wrote. “One is struck by the fact that, in any other area of medicine, ordinary professional ethics and the healthcare authorities themselves would never allow a medical procedure which involved such a high number of failures and fatalities…The desire for a child cannot justify the ‘production’ of offspring, just as the desire not to have a child cannot justify the abandonment or destruction of a child once he or she has been conceived.”

The Congregation also quoted a 1996 address by Pope St. John Paul II in which he made an “appeal to the conscience of the world’s scientific authorities and in particular to doctors, that the production of human embryos be halted, taking into account that there seems to be no morally licit solution regarding the human destiny of the thousands and thousands of ‘frozen’ embryos which are and remain the subjects of essential rights and should therefore be protected by law as human persons.”

Let us all do what we can to encourage our lawmakers to take action to stop the overproduction of embryos in fertility clinics and prevent this problem from getting any worse than it already is.

And let us keep in our prayers those innocent human lives who are languishing in frozen prisons throughout the nation and commend the fate of these souls into the hands of God.