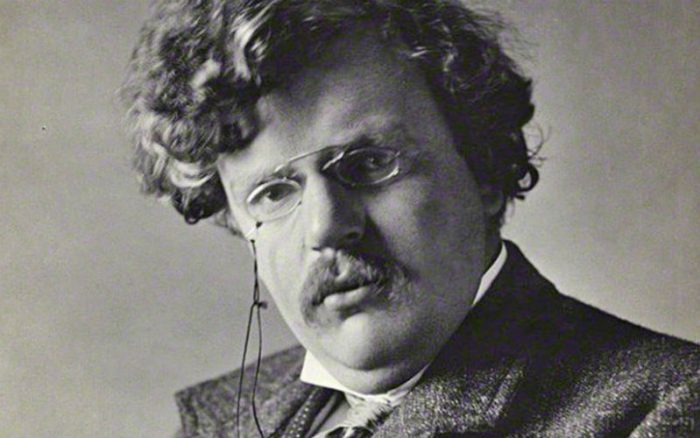 The recent decision of the bishop who presides over the hometown of beloved Catholic convert and writer, G. K. Chesterton, has announced that he will not be opening the cause for his canonization.

According to The Catholic Herald, a letter from Bishop Peter Doyle of Northampton was read aloud to the hundreds of attendees at the opening session of the American G. K. Chesterton Society conference. The Bishop acknowledged Chesterton’s goodness and ability to evangelize, but cited three reasons why he could not go forward with the cause.

“Firstly, and most importantly, there is no local cult. Secondly, I have been unable to tease out a pattern of personal spirituality. And, thirdly, even allowing for the context of G.K. Chesterton’s time, the issue of anti-Semitism is a real obstacle particularly at this time in the United Kingdom,” the bishop wrote.

The announcement brought quite a bit of disappointment.

As the Herald writes, the investigator for Chesterton’s Cause, Fr John Udris, said: “ Of course it’s a disappointment. But the investigation was an enormous privilege. Getting to know Chesterton better has certainly changed me for good (I hope in both senses!).”

He added: “I don’t envy Bishop Peter having to make a decision with such huge implications,” he said.

Chesterton was indeed a larger than life figure. Born Gilbert Keith Chesterton in London in 1874, he converted from Anglicanism to Roman Catholicism in 1922. He was a popular and prolific writer who authored many notable works such as The Everlasting Man, Orthodoxy, and the popular Father Brown mystery stories. A powerful apologist for the Church, he used his colorful personality and gifted prose to fight for the truth until his death in 1936.

Although the decision of Bishop Doyle is a setback, it doesn’t necessarily spell the end for Chesterton’s cause.

Writing for Crisis Magazine, contributing editor and European correspondent Charles A. Coulombe believes that on the first point – the absence of a local cult which refers to the requirement that a saintly figure attract a following of devotees – this could change in time.

Coulombe suggests that the pilgrimages and prayers to Chesterton currently taking place should be allowed to continue and thus give a future cult a chance to grow. “Few causes have been accomplished quickly,” he writes.

The second reason – being unable to “tease out” a pattern of personal spirituality – is indeed a serious concern.

“A witty, humourous, and effective way of presenting the Faith is not in itself prima facie evidence of sanctity,” Coulombe writes. “It shall be up to those who are indeed conversant with the Chestertonian canon to ‘tease out”(in His Lordship’s memorable phrase) precisely the devotional and spiritual life followed by the master.”

For example, he suggests that Chesterton’s Eucharistic and Marian devotions be “brought out and exhibited for a future Bishop of Northampton to consider.”

The last issue – that of anti-Semitism – was cited by Coulombe as one of the weakest of the three points.

Citing the work of Ann Farmer in the book, Chesterton and the Jews; Friend, Critic, Defender, Chesterton could not possibly be called anti-Semitic.

“Unless, of course, one believes that the desire for their conversion is anti-Semitic,” Coulombe argues. “If so, then we must also condemn St. John Chrysostom, the Apostle Paul… and Jesus Christ, for that matter. But this particular codswallop has been influential in derailing several causes, including those of Ven. Queen Isabel of Spain and Ven. Leon Dehon – the latter, quite literally, on the eve of his beatification.”

Only God knows what will happen in the future, but for now, the cause is closed.