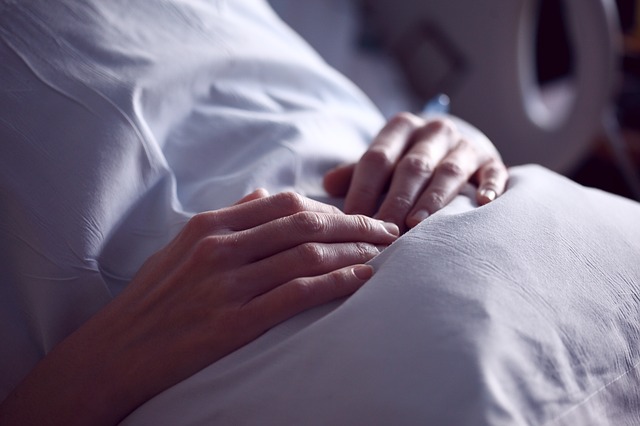 When only seventeen, I experienced my period every other week. My greatly concerned mother took me to see her gynecologist who promptly prescribed the birth control pill. This, the doctor did, though she performed no tests to discover why the frequent menses.

Uninformed about the dangers of hormonal contraception, and desperate for a relief, I happily accepted the medication. About a year later, however, I learned about the negative effects of hormonal contraception. I decided it was not good for me. Returning to the doctor, I asked for an alternative treatment. I was told that there was nothing that could be done for me.

Throughout my college years, I resigned myself to a fate of irregular and painful menstrual cycles. During this time, I had also suffered a number of ovarian cyst ruptures. Unfortunately, I did not dig into the causes of my reproductive health problems until later in marriage preparation when I first started tracking my menstrual cycles through Natural Family Planning (NFP). I worried that my condition would make NFP difficult to practice. And, in fact after I married, the first few months were difficult. My charts were confusing. My husband and I spent hours studying the charts trying to figure out what was going on. I became convinced that something was happening. The clear data empowered me. Not only did I know that there was something wrong, but I knew I could prove it!

After a few months of tracking my cycle, I went to see an NFP trained gynecologist. The doctor reviewed my charts, treated them as medical records, and ordered a number of tests to check my hormone levels. Many medical appointments, charts, and blood draws later, the causes were discovered.

I was diagnosed with both Polycystic Ovarian Syndrome (PCOS) and Hashimoto’s Thyroiditis (an autoimmune condition). Though my irregular cycles and difficulty charting seemed like a confusing burden at first, they ended up being my saving grace. It was only through NFP that I was able to recognize the physical signs telling me that something was wrong. If I had not charted, I would not have had the necessary medical data to have my PCOS or Hashimoto’s diagnosed. These conditions would have remained unchecked and untreated— thereby doing further damage to my health and life.

While getting the right diagnosis was just the beginning of a lifelong journey with these conditions, I am grateful for the role NFP played. This journey led me to a compassionate and skilled Catholic NaturalProcreativeTechnology™ (NaPro) physician, who walked with me on a journey of infertility caused by my PCOS. When first diagnosed with PCOS I was told by an endocrinologist that conception would be unlikely. If I had not found a NaPro physician who took my NFP charts seriously, offering appropriate and individual treatment, I would not also be able to say that my husband and I conceived our first child—an amazing gift made possible by God’s grace and NFP charting, naturally!

Brooke Paris Foley and her husband, Tim, live in Alexandria, Virginia. They are the proud and blessed parents of a baby due in September 2019, who they welcome as a gift from God. Brooke is a Bioethics teacher, a career through which she passionately tries to empower women in their reproductive health journey by teaching them about the medical and moral benefits of Natural Family Planning.