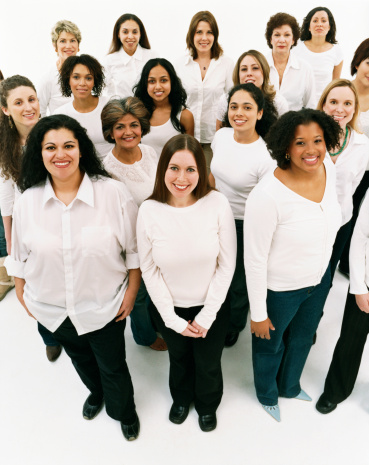 Women have always been instrumental in spreading the faith. This is the kind of fruit that Christ and his mother are calling us to. That call is not to become radical activists or social justice warriors but to take the words of St. Teresa of Calcutta to heart: If you want to change the world, go home and love your family. That is the place to start.

We all know the challenge of changing ourselves, so the belief that we can change perfect strangers is overwhelming, but when we live in relationship to others, gentle and subtle changes can take place that truly change the culture, one family at a time. “It is through the mediation of women,” a theologian has noted, “that men are increasingly given anew to society.” Without women’s good influence, society cannot renew itself.

Mary has been called by the saints the “neck” or the “ladder” linking heaven and earth. Every woman is called to be a bridge between her family and heaven. Women are called to spark the flame of the divine in the souls of the men and children they love. Women are called to reveal the best of God’s love and give those around them the means to find that love. Again, Christianity is full of saintly women, such as St. Monica, St. Helen, St. Cecilia, and countless others that led their husbands, sons, and daughters to embrace the faith – even in the face of martyrdom.

Far from wall-flowers or door mats, saintly women reveal the uniqueness that emerges in a soul tightly bound up in the love of the Father. Curiously, there is not a secular woman who can meet in any direct way the gifts, stature, and achievements of female saints such as Sts. Hildegard of Bingen, Catherine of Siena, or Teresa of Avila (incidentally, all virgins). When a woman’s self-will is erased enough to allow room for God, to become his instruments, hat is when the miraculous happens. Both Sts. Bernadette and Teresa of Calcutta referred to themselves in this way – Bernadette as a broom and Teresa as a pencil. Through their erasing of self, of pride, of ego, women saints have achieved much more than even the most lauded of secular women.

We look back and are astonished that women could accomplish so much because women “had no power” in these eras, but only because we are mistaken about the real power that women have – it doesn’t come from them, but through them.

This excerpt from The Anti-Mary Exposed: Rescuing the Culture from Toxic Femininity, by Carrie Gress, is reprinted here with the kind permission of Tan Books.

Want to hear more from Carrie Gress? She will be speaking at our Women of Grace® retreat in Malvern, Pennsylvania from July 12-14. Click here for more information!