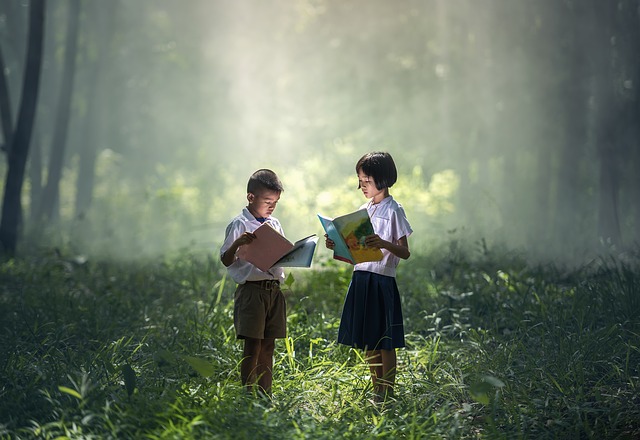 The Congregation for Catholic Education has issued a new document that finds gender ideology to be opposed to faith and reason and offers guidance to Catholic parents and educators about how to address the many challenges this new movement is creating in our schools.

According to Deborah Donnini, reporting for Vatican News, the new document, entitled “Male and Female He Created Them: Toward a path of dialogue on the question of gender theory in education” is aimed at parents and clergy as well as educators and staff who work at both parochial and public schools. It speaks bluntly about the “educational crisis” that has arisen on the themes of sexuality and the challenges presented by “gender theory” which denies the difference between men and women and considers them as “merely the product of historical and cultural conditioning.”

In this case, gender is reduced to merely an individual choice that can change over time, which has caused an “anthropological disorientation” that has greatly contributed to “the destabilization of the family.” Even more concerning is how this ideology has led to the introduction of educational programs and legislation that promotes “a personal identity and emotional intimacy radically separated from the biological difference between male and female”.

When attempting to dialogue with others on this subject, Catholics need to make the distinction “between the ideology of gender on the one hand, and the whole field of research on gender that the human sciences have undertaken, on the other.” As Pope Francis has noted, “while the ideologies of gender claim to respond […] ‘to what are at times understandable aspirations’, they also seek ‘to assert themselves as absolute and unquestionable, even dictating how children should be raised’, and thus preclude dialogue.”

This is in spite of the fact that there is plenty of research on the topic of gender that deepens our understanding and appreciation of the differences between men and women. “[I]t is in relation to this type of research than we should be open to listen, to reason and to propose.”

The document acknowledges points of agreement between these opposing views, most notably the “potential to yield growth in mutual understanding.” This has resulted in educating children to respect every person regardless of their differences, “so that no one should suffer bullying, violence, insults or unjust discrimination based on their specific characteristics (such as special needs, race, religion, sexual tendencies, etc.).”

However, there are serious points of disagreement, such as how “gender theory (especially in its most radical forms) speaks of a gradual process of de-naturalization, that is a move away from nature.” In modern gender ideology, one chooses or discovers his or her gender and “the only thing that matters in personal relationships is the affection between the individuals involved, irrespective of sexual difference or procreation, which would be seen as irrelevant in the formation of families.”

As a result, concepts of “family” are based on “a confused concept of freedom in the realm of feelings and wants.”

As Christian who believe that “male and female He created them,” our arguments are based on the fact that human nature is a union of both body and soul. A person’s gender is not just a matter of his or her physical body, but also of the person’s soul.

When educating children in today’s environment, parents must maintain their primary rights and duties and not allow this authority to be usurped by others. Children have the right to a mother and a father and to learn how to recognize the beauty of sexual difference. Schools must engage with families in a subsidiary way, respecting the family’s culture. It is necessary to rebuild an “alliance” between family, schools, and society which can “produce educational programs on affectivity and sexuality that respect each person’s own stage of maturity regarding these areas and at the same time promote respect for the body of the other person.”

In conclusion, the document says that “the path of dialogue, which involves listening, reasoning and proposing, appears the most effective way towards a positive transformation of concerns and misunderstandings, as well as a resource that in itself can help develop a network of relationships that is both more open and more human.”

It adds: “[A]lthough ideologically-driven approaches to the delicate questions around gender proclaim their respect for diversity, they actually run the risk of viewing such differences as static realities and end up leaving them isolated and disconnected from each other.”

Catholic schools must be able to maintain their own vision of human sexuality and that “a democratic state cannot reduce the range of education to offer a single school of thought.”

However, the Catholic school must teach students how to treat each person with respect and should propose itself as “an environment of trust, calmness, and openness, particularly where there are cases that require time and careful discernment” in order “to provide a patient and understating ear, far removed from any unjust discrimination.”