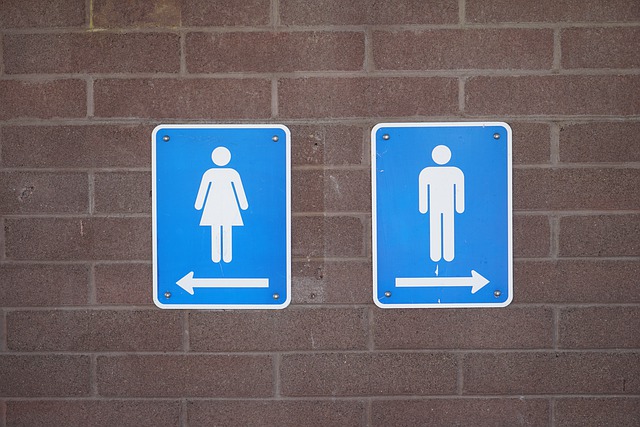 A teen girl was expelled from school for defending herself after a group of boys upset over a transgender student stormed the girls’ room and wouldn’t let her out.

According to WCYB News 5, the girl found herself trapped in the girls’ restroom at North Pole High School in Alaska after a group of boys burst into the room. The boys were upset because a female student who was transitioning to male took a selfie of herself in the boys’ room. In protest, they decided to burst into the girls’ room to do the same when they found that it was occupied by another student.

The altercation took place when this young girl tried to leave and the boys blocked the exit. Fearing for her safety, she kneed one of the boys in the groin in order to escape.

Instead of punishing the boys for their conduct, the school district chose to expel the girl and only punished the boys with a suspension. As a result of the action, the teen missed her prom.

“We don’t advocate violence as a means for students to attain safety. If a student does use force, we have to evaluate that incident,” she said.

Rep. Tammie Wilson, a Republican from North Pole, wasn’t satisfied with this response and publicly criticized the school’s handling of the case, saying it sent the wrong message to young girls.

“I don’t care why the boys were in the bathroom,” Wilson said. “I just wanted to make sure I had this opportunity to tell those young ladies at North Pole High School . . . if you ever feel threatened for your safety, whatever force you think you have to give, I will stand behind you. And so will your community. Not for those boys who were where they didn’t belong,” she said according to the Washington Post.

Elizabeth Johnston, aka Activist Mommy, agrees. “The truth of the matter is that this girl defended herself in a situation that involved a transgender student, even though the transgender student wasn’t even present,” she said on her blog.

“Every single woman and girl, man and boy, and even child has the right to use physical force to defend themselves. Period. Those rights don’t go away because the whole situation arose from the inevitable messiness of letting gender confused children into the bathroom with members of the opposite sex.”

It’s obvious from this story that the transgender agenda that is being adopted by schools has done little more than introduce chaos into the lives of innocent young people, both those who are confused about their sex – and those who aren’t.