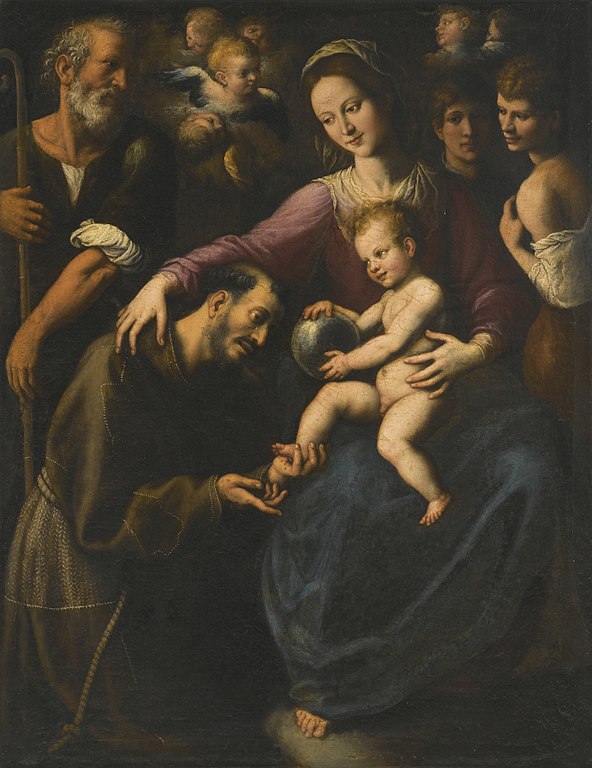 A well-researched biography of Saint Francis of Assisi must of necessity resound with the same two overriding themes: his deep, intense love for and devotion to his Savior, Jesus Christ; and his commitment to a radical living out of his Master’s example of poverty.

Francis’ love for Jesus Crucified was matched by his ardent devotion to the newborn Babe of Bethlehem. Contemplating the intense poverty and hardships of Jesus’ birth led Francis to set into motion one of the world’s most beloved Christmas traditions.

It may not be common knowledge, but Saint Francis of Assisi was largely responsible for originating the recreation of the Nativity scene. In 1223 A.D., Francis asked a faithful friend to help stage a new way to celebrate the Savior’s birth on Christmas Eve in the village of Greccio, Italy.

Pope Benedict XVI, in a 2007 address, put it this way: “Saint Francis of Assisi was so taken by the mystery of the Incarnation that he wanted to present it anew at Greccio in the living Nativity scene.” A contemporary of Francis and member of his Order of Friars Minor, Thomas of Celano, recounts in his biography of the saint that Francis stated his desire to “set before our bodily eyes in some way the inconveniences of [Jesus’] infant needs, how he lay in a manger, how, with an ox and an ass standing by, he lay upon the hay where he had been placed” (The First Life of Saint Francis).

The poverty that characterized Jesus’ arrival on earth tugged at the heart of Francis, il poverello, the little poor one, whose life and ministry had poverty as their very foundation. Francis’ friend prepared the setting just as requested, including live animals and a small, empty, hay-lined crib.

Try to envision the scene as Midnight Mass is celebrated for numerous villagers and religious in the torch-and-candlelit beauty of a new Bethlehem. Overcome with joy at the wondrous sight, Saint Francis, vested as a deacon, chants the Gospel. Then, with a heart bursting with love, he preaches profound sentiments concerning the humble birth of the Babe of Bethlehem.

In his Life of Saint Francis of Assisi, Saint Bonaventure continues the account with the report of a vision attested to by a devout man in attendance on that heaven-blessed night — “an Infant, marvelously beautiful sleeping in that manger, Whom the blessed Father Francis embraced with both his arms, as if he would awake Him from sleep.”

According to Father Murray Bodo, O.F.M., “so strong was Francis’ desire to love, that at that Christmas Mass at Greccio the babe of Bethlehem appeared to him alive and smiling … and he took the babe into his arms and held it to his heart, and the child was warm and soft” (Francis: The Journey and the Dream).

The credibility of this vision was underscored by numerous miraculous cures associated with the hay from that manger.

Perhaps we ourselves can take the Holy Father’s words to heart and evangelize — spread the Gospel — through the Nativity scenes we display in a place of honor in our homes year after year, Christmas after Christmas. Explaining to the children in our lives the role of each principal player; stressing the heavenly glory of the scene despite its poverty; can only validate the original intention of the little poor man of Assisi.

Francis could only have dreamed of the worldwide impact of his simple Nativity scene on countless future generations of the faithful. Following his example, we can envelop the Babe of Bethlehem in an embrace filled with loving devotion.